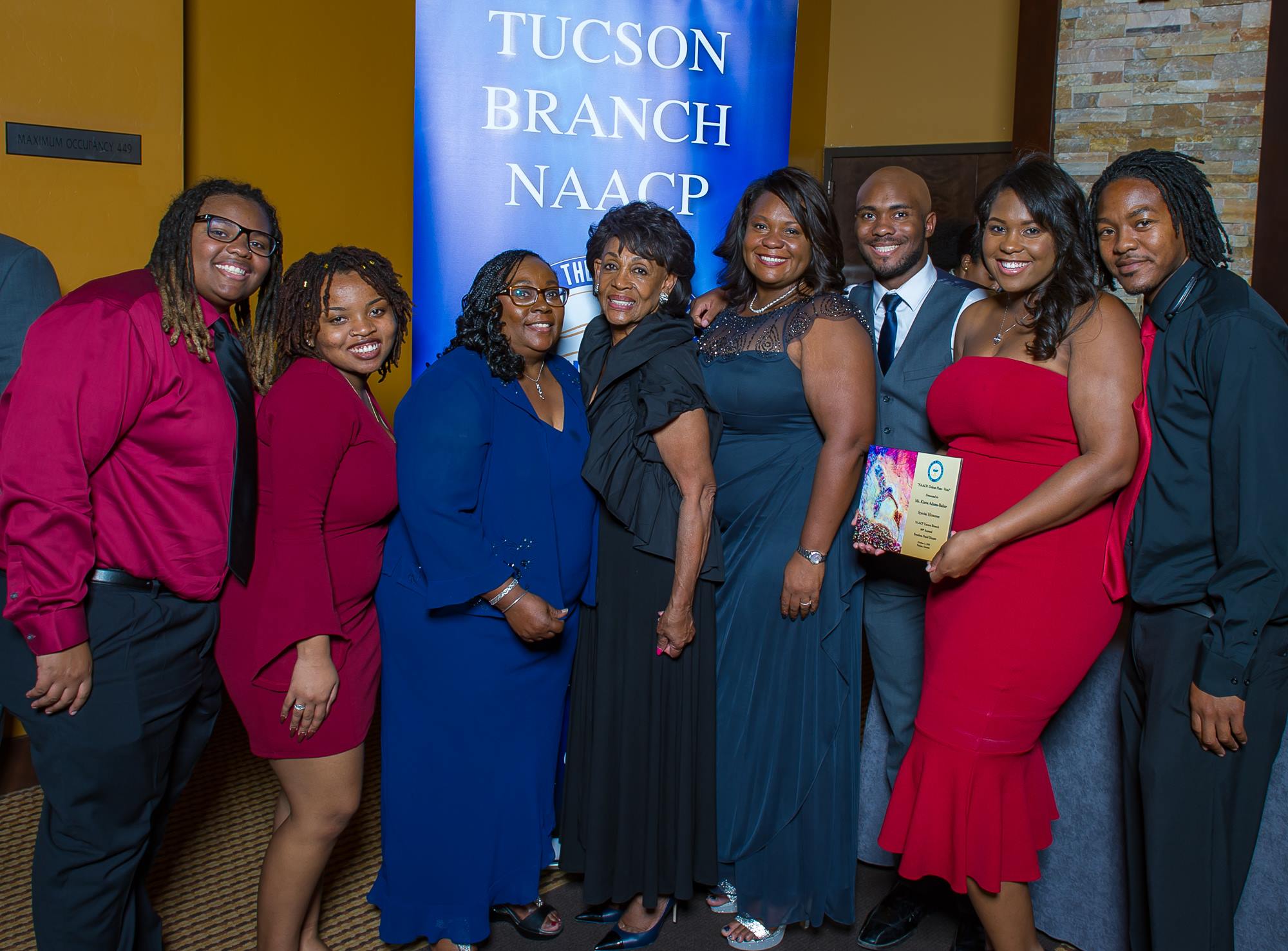 (Tucson, AZ) Congresswoman Maxine Waters spoke to a conference room filled with dignitaries, honorees, guests and members of the community at Desert Diamond Entertainment Center in Tucson, Arizona at the invitation of the NAACP Tucson Branch for its 99th Annual Freedom Fund dinner on October 5, 2018.

Waters, thanked the NAACP Tucson Branch by having this to say…

“Tucson has been a strong branch for many years with so many people making sacrifices, working hard to do the work and complete the mission on behalf of the NAACP to ensure voting rights.”

The national NAACP adopted this years theme as “Defeat Hate. Vote.  The night wouldn’t have been right without Auntie Maxine (an adopted name given to the congresswoman by millienials) sharing a piece of her mind.

The crowd roared with laughter and hearty clapping could be heard throughout the event space.  Waters praised special counsel Robert Mueller in his ongoing investigation in obstruction of justice. She told the crowd of over 340 people, “Mr. Mueller knows what he’s doing. He’s been absolutely wonderful at carrying out his responsibilities. He’s going to get number 45 too.”

And of course a fired up Waters weighed in on Brett Kavanaugh hearings:

“I don’t want you to give up. Kavanaugh’s confirmation will not serve without being challenged, interrupted, protested and, the women are not going to let him off the hook.”

Following the feisty congresswoman’s speech, one by one, each of the honorees and the two scholarship recipients took to the stage to receive recognition:

NAACP Tucson President Doris Snowden, closed out the evening inviting guests to become a member and volunteer for upcoming events and committees.

Lastly, congresswoman Maxine Waters, so graciously stayed after the program was over, and took individual photo’s with every person who wanted to be photographed with her. 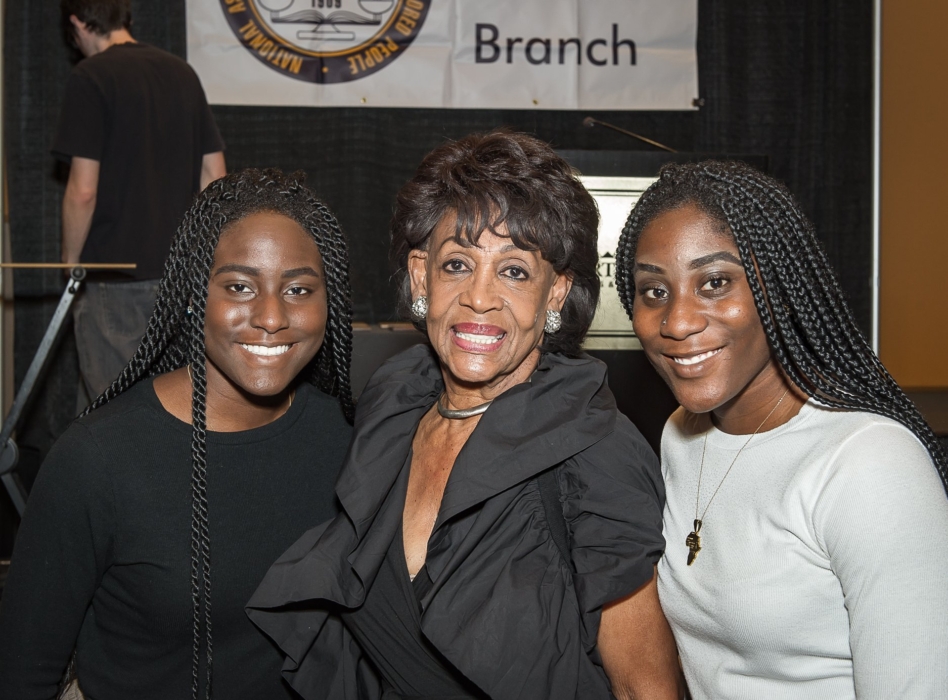 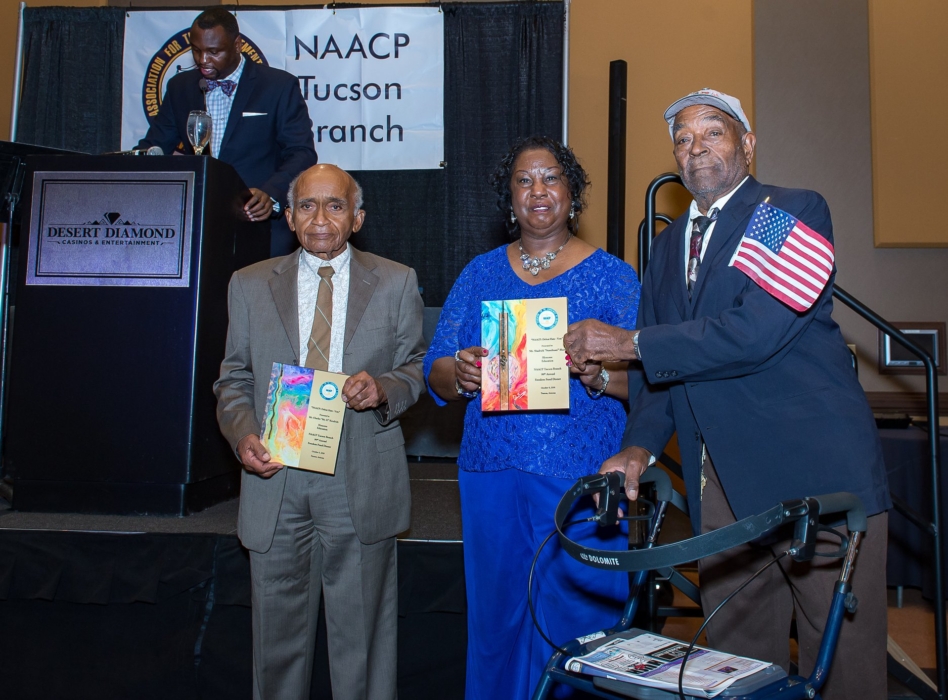 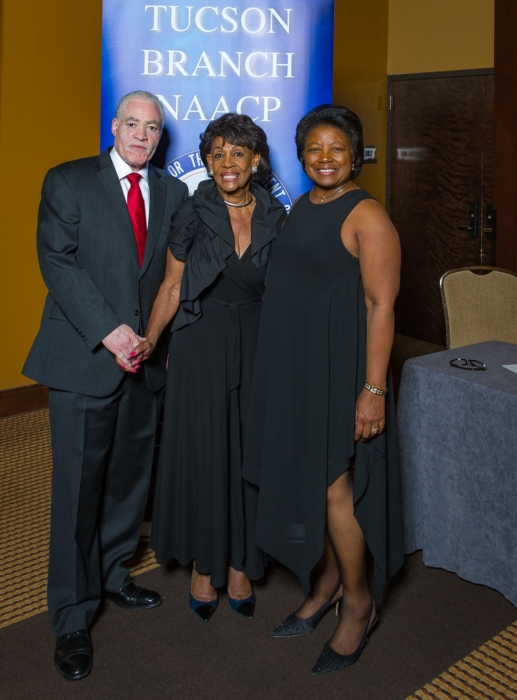 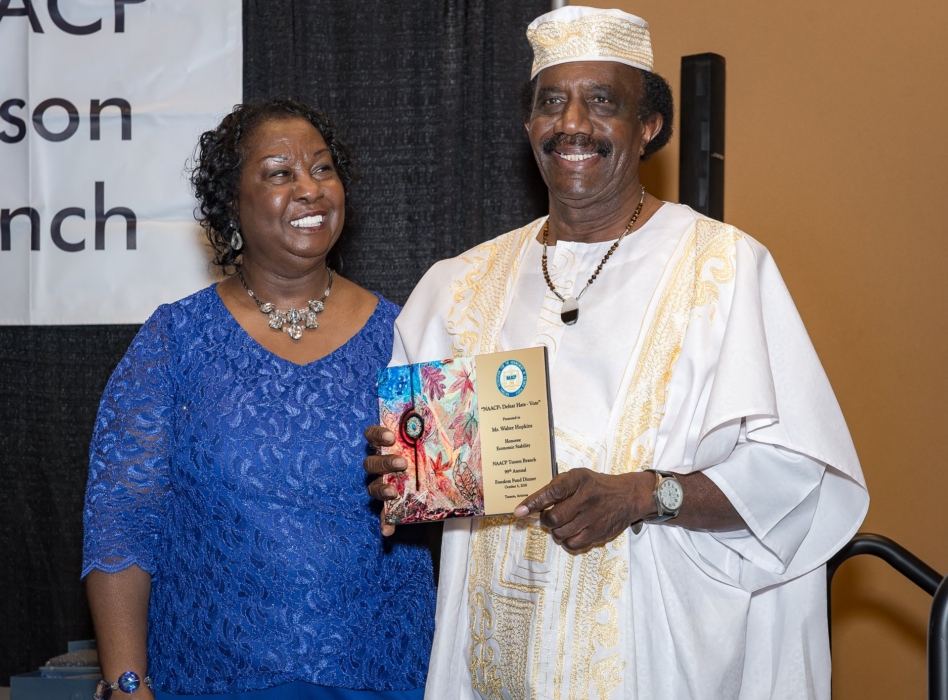 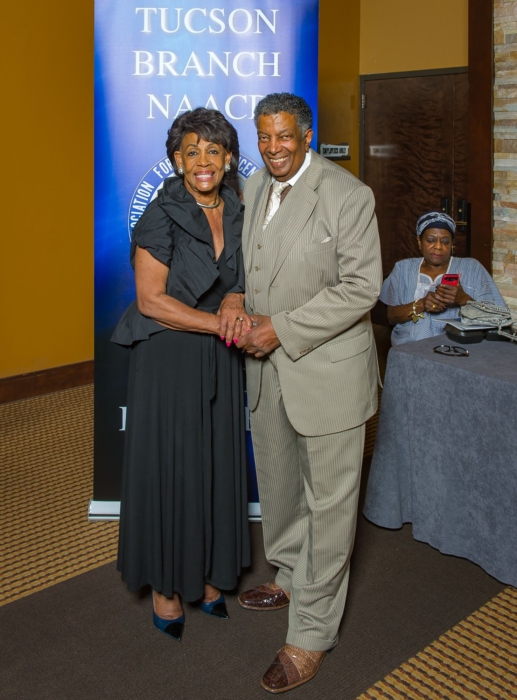 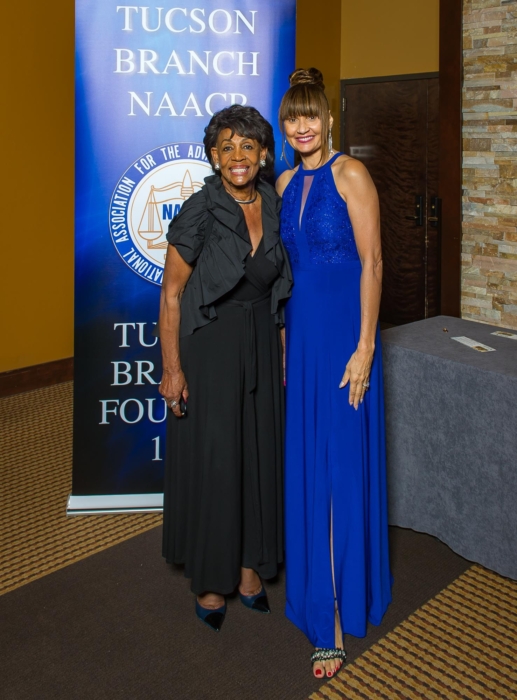 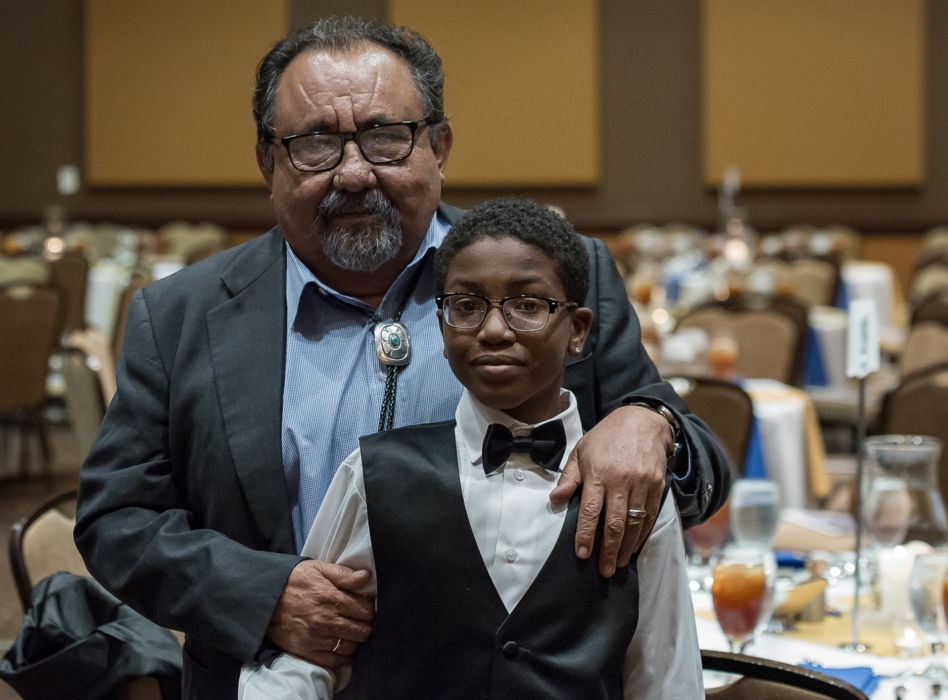