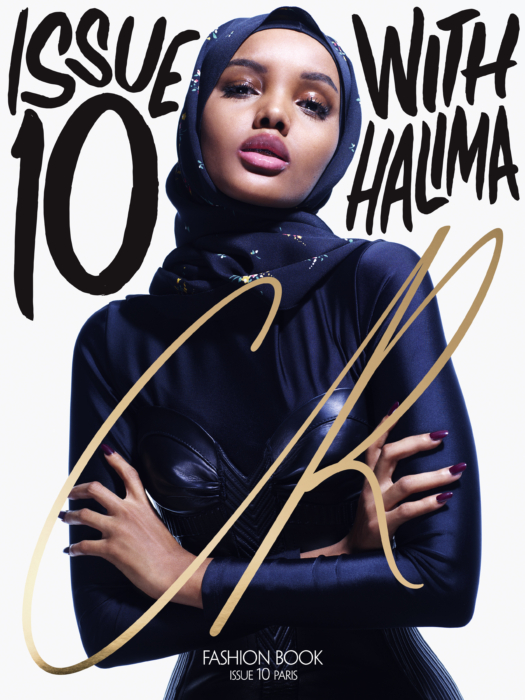 Miss Minnesota USA, Somali-American immigrant Halima Aden, made history last November, by becoming the first young woman to wear a hijab and burkini during the swimsuit portion of the competition.

As the 19-year old Muslim model  keeps breaking barriers, she make her debut on the runway for Kanye Wests’s season 5 Yeezy show wearing a hijab.

Just last week, IMG Models, one of the premier modeling agencies in the United States signed the gorgeous model.

“It’s unbelievable. I never thought that I would see a hijab-wearing model walking in such a prestigious event, but it makes it even more exciting that it was me,”  she told PEOPLE.

And it doesn’t stop there. Aden landed her first major magazine cover for CR Fashion Book Issue 10, which also happens to be the brand’s first issue under its new partnership with Hearst magazines.

On the cover, Aden poses in her hijab and inside the issue, gets interviewed by fellow Somali and legendary model (and her “inspiration!”) Iman. The two talk about the pride of wearing her hijab, the importance of self-worth and more.

Check out the rest Aden’s interview on PEOPLE.