Naacp Image Awards: Anthony Anderson to Serve as Host, Lupita Nyong’o confirmed as one of the Presenters 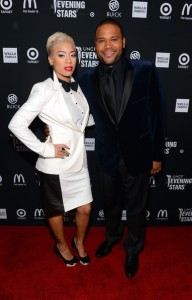 Dennis Haysbert will also be the in-show announcer.  In addition, the NAACP “Entertainer of the Year” will be revealed.  This special honor is bestowed upon an individual within the entertainment industry who has achieved notable success in multiple projects and mediums.  This year, individuals (including non-NAACP members) can cast their vote online via the Image Awards main website [www.naacpimageawards.net] to help decide who among the following contenders will be recognized: Beyoncé, Dwayne Johnson, Idris Elba, Kevin Hart, Nicole Beharie, and Oprah Winfrey.  Fans can cast their vote once a day until the February 14 deadline.

As previously announced, Academy Award-winning actor, producer, director and 2014 Image Award nominee Forest Whitaker will receive the NAACP Chairman’s Award.  Paris Barclay and Cheryl Boone Isaacs, the first African-American Presidents of the Directors Guild of America and the Academy of Motion Picture Arts & Sciences, respectively, will be inducted into the Image Awards Hall of Fame.

The NAACP Image Awards are recognized as the preeminent multi-cultural awards show, from an African-American point of view.  The NAACP Image Awards celebrates the accomplishments of people of color in the fields of television, music, literature and film and also honors individuals or groups who promote social justice through creative endeavors.  Winners will be voted upon by NAACP members and announced when the envelopes are opened on Friday, February 21 during the Awards Ceremony for non-televised categories.  The remaining categories will be announced LIVE on stage during the TV One telecast on Saturday, February 22. 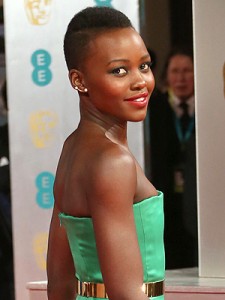 Lupita Nyong’o, will serve as one of the presenters at the 2014 NAACP Image Awards

The NAACP Image Awards are being produced by Reginald Hudlin and Phil Gurin. The production team will also include Tony McCuin as Director and Suzanne Bender and Stephanie Sacco as Talent Producers.

Founded in 1909, the National Association for the Advancement of Colored People (NAACP) is the nation’s oldest and largest civil rights organization. The organization’s half-million adult and youth members throughout the United States and the world are the premier advocates for civil rights in their communities and monitor equal opportunity in the public and private sectors.