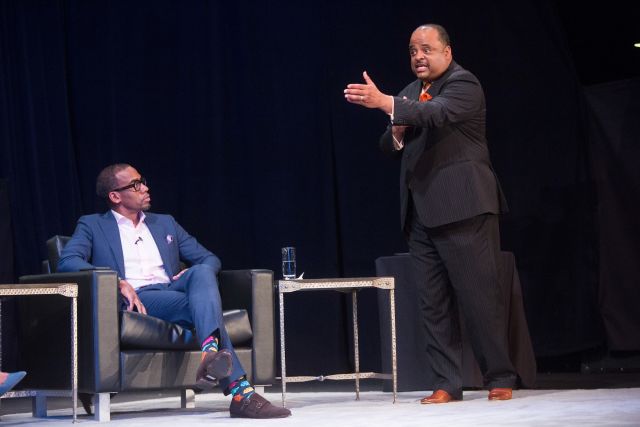 The National Urban League Presents: State of Black America Town Hall on Wed. May 31 at 8 P.M. ET in an exclusive 2-hour special on TVOne.

Roland Martin will host the groundbreaking event that will be taped before a live audience at the historic Howard Theatre in Washington, D.C., and will bring together some of the nation’s greatest thought leaders, including Dr. Michael Eric Dyson, Georgetown University professor and author; Angela Rye, political commentator and analyst; Touré, culture critic and journalist; Symone Sanders, former national press secretary for Senator Bernie Sanders (D-VT); Jeff Johnson, journalist; Angela Sailor, former director of the RNC’s Coalitions Department; and Paris Dennard, GOP commentator, according to a news release.

Some of the issues slated to be discussed include job creation, voting rights, and criminal justice reform.

“Over the last four decades, The State of Black America has become one of the most highly-anticipated benchmarks and sources for thought leadership around racial equality in America across economics, employment, education, health, housing, criminal justice and civic participation,” National Urban League President and CEO Marc H. Morial said in a prepared statement. “Now, thanks to TV One and our other partners, we’re thrilled to be able to bring the conversation to a much wider audience and be the catalyst for a national conversation on issues of racial and economic justice.”