CHICAGO, March 19, 2013 /PRNewswire-USNewswire/ — According to the Alzheimer’s Association 2013 Alzheimer’s Disease Facts & Figures report released today, one in three seniors dies with Alzheimer’s or another dementia in the United States. The new report shows that while deaths from other major diseases, such as heart disease, HIV/AIDS and stroke, continue to experience significant declines, Alzheimer’s deaths continue to rise – increasing 68% from 2000-2010.

“Unfortunately, today there are no Alzheimer’s survivors. If you have Alzheimer’s disease, you either die from it or die with it,” said Harry Johns, President and CEO of the Alzheimer’s Association. “Now we know that 1 in 3 seniors dies with Alzheimer’s disease or another dementia. Urgent, meaningful action is necessary, particularly as more and more people age into greater risk for developing a disease that today has no cure and no way to slow or stop its progression.” 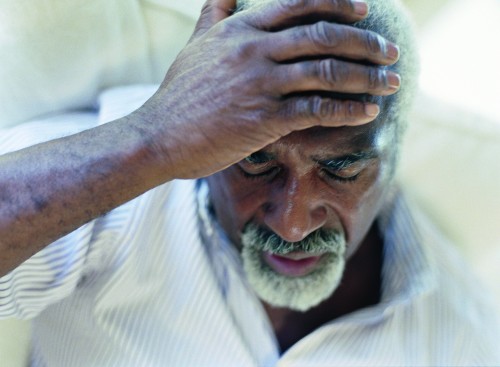 According to Alzheimer’s Association 2013 Facts and Figures, a recent study evaluated the contribution of individual common diseases to death using a nationally representative sample of older adults and found that dementia was the second largest contributor to death behind heart failure. Among 70-years-olds with Alzheimer’s disease, 61% are expected to die within a decade. Among 70-year-olds without Alzheimer’s, only 30% will die within a decade.

Human and Financial Toll of Alzheimer’s

Alzheimer’s and dementia place an enormous burden on individuals and families. In 2012, there were more than 15 million caregivers who provided more than 17 billion hours of unpaid care valued at $216 billion. Individuals with dementia often require increasing levels of supervision and personal care as the disease progresses. As symptoms exacerbate as the disease progresses, the care required of family members and friends can often result in increased emotional stress and health challenges for caregivers. Due to the physical and emotional toll of caregiving, Alzheimer’s and dementia caregivers had $9.1 billionin additional health care costs of their own in 2012.

The burden on the nation’s health care system and government programs is also enormous. According to Alzheimer’s Association 2013 Facts and Figures, the total payments for health and long-term care services for people with Alzheimer’s and other dementias will total $203 billion in 2013, the lion’s share of which will be borne by Medicare and Medicaid with combined costs of $142 billion. Despite these staggering figures today, by 2050 total costs will increase 500 % to $1.2 trillion.

“Alzheimer’s disease steals everything – steadily, relentlessly, inevitably. With baby boomers reaching the age of elevated risk, we do not have time to do what we have always done,” said Robert Egge, Vice President of Public Policy for the Alzheimer’s Association. “The National Institutes of Health needs to reset its priorities and focus its resources on the crisis at our doorstep, and Congress must fully fund implementation of the National Alzheimer’s Plan to solve the crisis.”

“The difficulties of Alzheimer’s and dementia are significant for all caregivers, but individuals who live a substantial distance from their loved ones face unique hardships,” said Beth Kallmyer, MSW, Vice President of Constituent Services for the Alzheimer’s Association. “Long-distance caregivers have nearly double the out-of-pocket expenses of local caregivers, experience greater challenges assessing the care recipient’s conditions and needs, report more difficulty communicating with health care providers and often have higher levels of psychological distress and family discord in their caregiving experience.”

The Alzheimer’s Association offers a variety of educational and support resources, including its 24/7, toll-free Helpline (1-800-272-3900), care consultation and online resources to assist families with the care management of someone living with Alzheimer’s regardless of geography. ALZConnected™ (www.alzconnected.org), powered by the Alzheimer’s Association, is a social networking community for people with Alzheimer’s, caregivers and others affected by the disease to share questions and form new connections. Users can tap into a diverse community through the site’s message boards and create private groups organized around specific topics.

Alzheimer’s Navigator™ (www.alzheimersnavigator.org) is a tool designed to help individuals with the disease, caregivers and family members evaluate their needs and develop a customized action plan that provides information, support and resources. Alzheimer’s Navigator works in conjunction with Community Resource Finder, a comprehensive database of housing and care options, programs and services, and legal experts, allowing users to quickly search, find and access support. Users can also create and manage care teams so that multiple people can access and participate in the customized action plan.