In a press release, TV One today announced that News One Now will air its first-ever primetime special with the Academy Award® winning actress Mo’Nique on Sunday, March 22nd at 10PM/ET.

Recently recorded in Atlanta, Host and Managing Editor Roland Martin sat down for a one-on-one interview to discuss the recent controversy surrounding reports that Mo’Nique experienced backlash following her groundbreaking role in Precious. Mo’Nique also opened up about wage inequality in Hollywood, her current approach to sustaining a career in the entertainment industry and her role in the upcoming independent film Blackbird. 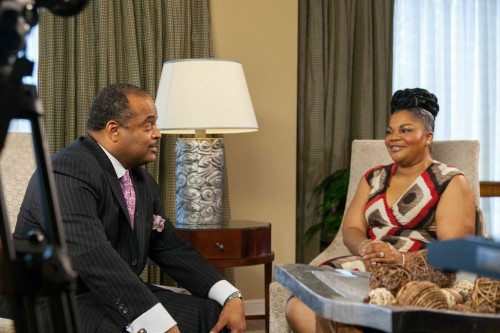 Excerpts from the interview below:

On wage inequality in Hollywood

“When you hear our sisters Patricia Arquette and Gwyneth Paltrow, who our are White sisters in this business, and they’re saying we want wage equality, we want to be treated equal, well if they’re saying it, what do you think we’re (actresses of color) getting?”

On reputation of being demanding:

On the personal toll endured by pursing fame:

“This is my third marriage. (With) the first two marriages, I was chasing (fame) and really didn’t understand what it is to be a wife… Now that my son is 25, we have a very strained relationship because during that time when he was a little boy I was out chasing, so my prayer was ‘please give me another chance’.”