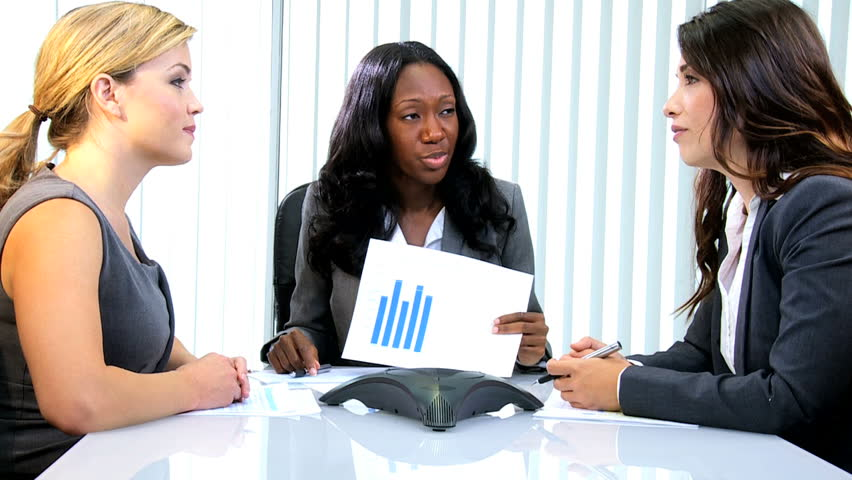 If you’re not aware of the term “ABW” you’re probably not a part of a group that’s considered angry, or Black…or perhaps not even a woman. Angry Black Woman (ABW for short) is an acronym that has been around so long I don’t even remember the first time I heard it used. It is a descriptor often given to us by white America by way of media, literature, social spaces and interpersonal interactions.

As an African-American woman who works in a professional setting, I cringe when a seemingly well-meaning co-worker refers to me as “sassy”. I am constantly under pressure to watch my tone as to not seem too aggressive. I don’t often use slang or street vernacular in work settings for fear that it will prevent me from advancing in my career. I also don’t speak about what kind of car I drive or where I live or vacation for fear of being called “arrogant” or “uppity”. I’ve done well for myself so far using these restrictive methods at work. Until two years ago I wore my hair in a “safe” style as to not offend anyone with my flyaway hairs or kinky roots. I try my best to avoid socializing amongst a group of more than two other African-Americans because I know that some – not all- but some see our socializing as a secret meeting to plot and overthrow ‘The Man’. These may sound comical, but every black woman that I know of has experienced one or more of these scenarios in her career and she has been forced to make a choice at some point. Do I say anything or stay silent?

This term is not only reserved for corporate settings however, it is a catch-all phrase that often describes the likes of sports stars (Serena Williams), political officials (Representative Maxine Waters, Senator Kamala Harris, and First Lady Michelle Obama are three examples) and celebrities such as Omarosa Manigault Newman, ESPN’s Jemele Hill, and even Beyoncé has not been exempt from the negative trope. The term “sapphire caricature” is credited as being the first role in film that perpetuated the myth of the angry black woman on film and later society. If Hattie McDaniel’s Mammie popularized the role of the black woman as caretaker or maid, Ernestine Wade’s Sapphire Steven’s, a character from the long-running Amos n’ Andy show, solidified the ill-mannered, rude, finger wagging, hyper-sensitive stereotype of the black woman still seen today.

Most recently I was placed in a situation where I was forced to not “overreact” in a work setting. As the senior-most person in the room I was charged with leading a team meeting to discuss logistics for an upcoming event. Our staff was gathered around the long wooden conference table as we reviewed the agenda being projected onto the large screen from the coordinator’s laptop. During what I perceived as an usually long time discussing something of minor importance to the functionality of the meeting, and in an effort to keep us on track I interrupted the side chatter in order to direct attention back to the screen. After informing the staff that we would side-line the topic of conversation I turned to review the agenda on the screen when I saw an inner-office message sent via Skype messaging pop into the lower right corner that read,

My face felt red. I was humiliated and angry. The message was sent from one support staff to another about me. After reading what my co-worker assumed to be a private message I immediately stopped the meeting to address the oversized elephant in the room. Although it was extremely difficult I did not raise my voice, and instead opted to finish the meeting and informed her afterwards that we would be setting an appointment to discuss her unprofessional behavior with her manager (my peer) and my manager, the vice president. A few days later during the proposed meeting she later excused her behavior by announcing she was taken aback by my tone and declared that she “felt threatened” by the way that I spoke to her in such an aggressive manner. Although I was upset and knew that I had done nothing wrong, she continued to use words such as “aggressive, angry-tone, and threatening” to describe me.

Me.  A people-pleasing, petite-statured, nice to everyone (unless given a reason not to be), private-school-graduate-degree-educated me. After that exchange I was reminded of an unfortunate reminder. No matter how much I accomplish, or how eloquently I communicate, sapphire’s archtype will always follow closely behind me like an uninvited house guest who has overstayed their welcome.

You gotta be, nice for what…”

Drake said it best in his hit song “Nice For What”. On the other side of the coin of the suffocating “angry” label, lies another troubling identifier that at first glance may seem innocent—nice. It is a bizarre juxtaposition I have been boxed into – being viewed as an ABW at work (regardless of my demeanor) yet being labeled as a good-girl in my own African-American culture.  One who does not argue, maintains a good job, and doesn’t rock the boat. It often feels like a vigorous game of “emotional code-switching”. Family members who have long viewed me as a sweet and docile relative must now learn to embrace my position as an adult with different opinions than their own. Sometimes people empower this growth within you, and sometimes they don’t understand. I still love them, but I am no longer bound by the desire to stay silent when I disagree on important matters. Niceness, for me, is a double-edged sword because while I am now fighting against the good-girl image I have long embraced in physical appearance (cutting my hair off, opting to wear my hair kinky-curly, getting a tattoo, dressing differently) and also in terms of emotional health. It is a difficult task to stand your ground in the age of social media, a place of potential social suicide. Regardless of either standard being thrust upon me, I am relishing in my newfound liberty. I am also hopeful that some day we will be allowed the opportunity to just feel. Feel sad, angry, nice, happy or all of the above without the added burden of having to conceal our true emotions for fear of being labeled by a society that is already too difficult to maneuver.

Deah Mitchell is a freelance writer and culinary instructor who is publishing her first book entitled “Cornbread & Collard Greens: How West African Cuisine and Slavery Influenced Soul Food.” When she is not writing, she enjoys planning food-themed events, traveling, reading and spending time with her family and friends. Follow Deah on Instagram @whatdedesays