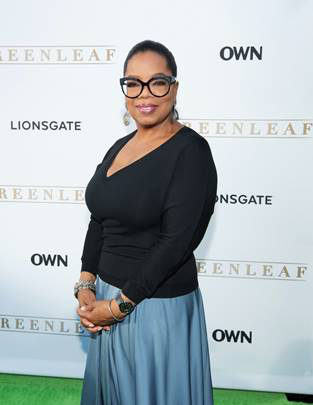 in New Orleans, presented by Coca-Cola, on Saturday, July 2, 2016 at 4:00pm at the Ernest N. Morial Convention Center.

This will be the first time in the event’s 21-year history that Winfrey will appear at the ESSENCE Festival. Winfrey joins speakers Bishop T.D. Jakes, Ava DuVernay, Rev. Al Sharpton, Misty Copeland and Tyra Banks, as well as performers Mariah Carey, Kendrick Lamar, Maxwell, Puff Daddy and The Family and many more at the annual event – recognized as the nation’s largest gathering of African-American women.

“Oprah’s message of inspiration is universal and, through her life’s work, she has influenced women and girls across the globe,” said ESSENCE Editor-in-Chief Vanessa De Luca. “We are delighted that Iyanla Vanzant graciously invited Oprah to the ESSENCE Festival as a special gift for the fans, so we are welcoming our passionate community to join us for an absolutely extraordinary experience not to be missed.”

The annual ESSENCE Festival in New Orleans, presented by Coca-Cola, is one of the nation’s largest live events. Each year, the Festival draws, on average, 500,000 attendees from across the globe to its multi-day entertainment, empowerment and cultural event, which generates an economic impact of more than $200 million to the local economy.