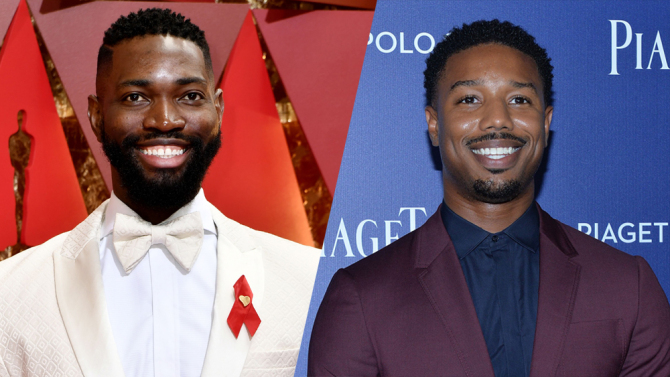 Haunted by the death of his closest friend, and relied on by his hardworking mother to find a way out of poverty, a 14-year-old prodigy from the projects must choose between the streets that raised him or the higher education that may offer him a way out. Set in South Florida at the end of the Obama legacy, the lyrical drama inspired by events in McCraney’s own life, explores the precarious balance needed for the making of a man.

“When Tarell shared his powerful story with us there wasn’t a dry eye in the room,” said Oprah Winfrey. “I knew this was something special that our viewers will without a doubt connect to and feel compelled to explore with us. I am honored to be working with Tarell and the rest of the producers on this project.”

“I wanted to explore the pivotal steps towards adulthood and identity, the ones we take when we think or feel we have no other choice,” said Tarell Alvin McCraney.

“From the moment Tarell began discussing his profoundly moving story with us, we knew we needed to find a courageous home to nurture his extraordinary vision. No one is better equipped to do that than Oprah Winfrey and her talented team,” said Mike Kelley and Melissa Loy.

“Being young, gifted and black in America today and anywhere for that matter makes it extremely hard and challenging to follow your dreams and achieve success,” said Michael B. Jordan. “Tarell’s adaptation of this reality was so honest and true and it’s the exact message our youth needs today.”

Playwright, actor and producer Tarell Alvin McCraney received an Academy Award, with director Barry Jenkins, for Best Adapted Screenplay for co-writing the 2016 film “Moonlight,” which also won for Best Picture. The movie was based on McCraney’s semi-autobiographical script In Moonlight Black Boys Look Blue. McCraney currently serves as the chair of playwriting at the Yale School of Drama. This will be his first foray into creating a scripted drama series for television. Michael B. Jordan’s acting career spans both film and television. He has had prominent roles in critically acclaimed films including “Fruitvale Station” and “Creed” and on popular television series including “Friday Night Lights” and “The Wire.” Last year he launched his own production company, Outlier Productions. Page Fright producing partners Mike Kelley and Melissa Loy have worked on several notable scripted series, including “Revenge,” where they served as executive producer/showrunner, and executive producer, respectively.

McCraney’s series will join OWN’s expanded lineup of premium scripted programming. The network most recently announced the new dramedy “Love Is  __” from Mara Brock Akil and Salim Akil adding to its roster of current top-rated dramas “Queen Sugar” and “Greenleaf” (both just picked up for third seasons), and Tyler Perry’s popular dramas “The Haves and the Have Nots” and “If Loving You is Wrong,” which year-to-date comprise four of the top six original scripted series on ad-supported cable for women 25-54.

The series, which is yet to be titled, will be produced for OWN by Page Fright and Outlier Productions in association with Warner Horizon Scripted Television.