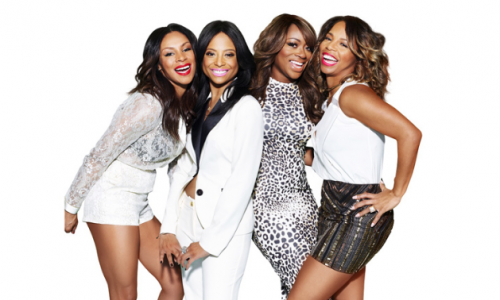 The cast members of LOVE IN THE CITY with two-time Emmy-winning celebrity hairstylist Kiyah Wright—actress-turned-photographer Chenoa Maxwell, and breast cancer survivor Bershan Shaw brought their energy and vibe to Philippe Chow in Beverly Hills on Saturday, May 17, 2014 for a viewing party of their latest episode on OWN. The event was hosted by Eyelash Guru, Ja’Maal Buster,

Friends, tastemakers and beauty professionals took over the atrium and bar area of the high-brow Chinese restaurant, mixing and mingling and watching the docu-series on big-screen T.V.’s before its season finale next week.

A good time was had by all as everyone celebrated sisterhood in the truest sense. There was no fussing, fightin’ or brawlin’!

Since April 12, LOVE IN THE CITY” has been giving audiences a slice of life in New York City from some Black girls’ point of view. The new reality show follows the lives and loves of four African American women, who’ve been friends for more than 10 years.

(Please note: Cast member and breast cancer survivor Tiffany Jones was not present at this event.)