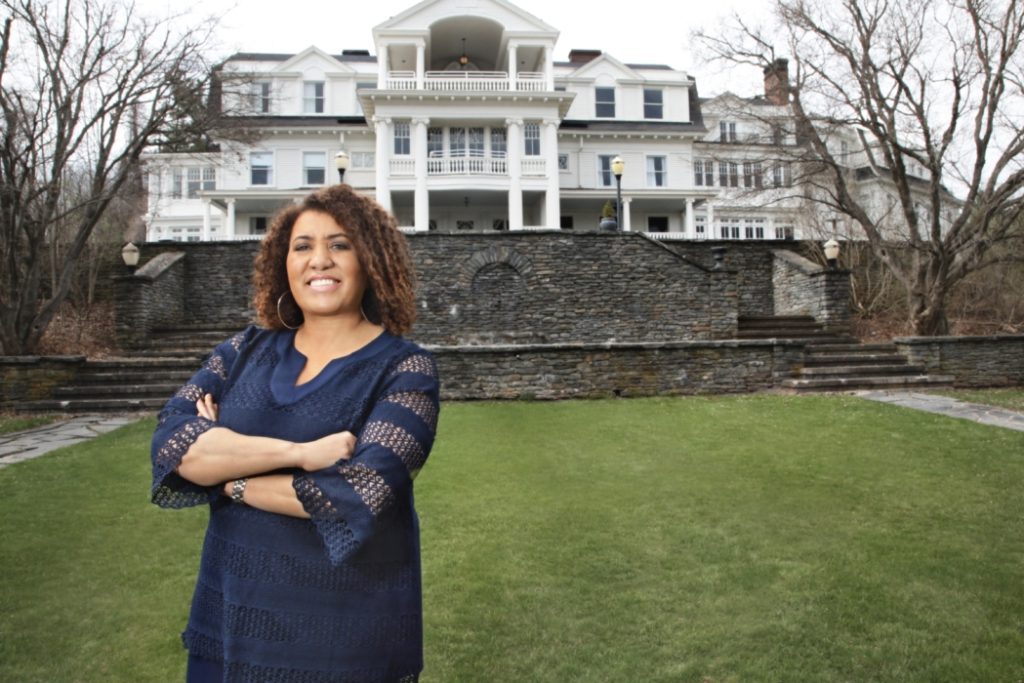 OWN’s new docu-series “Checked Inn,” featuring entrepreneur Monique Greenwood and the couples who visit her family-run, upscale bed and breakfast, will have its network premiere on Tuesday, November 21 at 10 p.m. ET/PT (after an all new episode of Tyler Perry’s “If Loving You Is Wrong” at 9 p.m. ET/PT). From Trooper Entertainment in association with Lionsgate TV, the series will air regularly on Saturdays at 10 p.m. ET/PT, beginning on November 25.

From Trooper Entertainment in association with Lionsgate TV, the series will air regularly on Saturdays at 10 p.m. ET/PT, beginning on November 25.

In 1995, Monique Greenwood pursued a newfound love for hospitality by opening her first B&B in Brooklyn, NY while also working as a magazine editor. Then, five very busy years later, she landed a dream job at Essence Magazine, the leading publication for African American women. Monique quickly rose to become Editor-in-Chief – even as she continued to run the B&B. Much to everyone’s shock, Monique eventually decided to walk away from her high-profile job at Essence. After juggling two professions for years, she wanted to focus on building the B&B business with her husband, Glenn, with the goal of creating a legacy they could pass on to their daughter, Glynn.

Today, Akwaaba Bed & Breakfast Inns is the most successful B&B business on the east coast and Monique remains the hands-on force behind it. She runs her now four inns the only way she knows how—as the heart and soul, the everything planner and the innkeeper. Ever-helpful, Monique even finds herself offering advice to her guests when they confide in her.

Set at Akwaaba’s Mansion at Noble Lane in the Poconos, Pennsylvania, this former Woolworth estate is where couples go to push back the world, re-ignite passion and celebrate life’s most exciting events. Things may not always go smoothly, but Monique—with Glynn under her wing—and the hard-working staff, make sure their guests have an experience they’ll never forget. Celebrity guests include two-time Grammy® Award-winning singer/songwriter Peabo Bryson, black hair care entrepreneur Lisa Price of Carol’s Daughter and Pastor John Gray and his wife Aventer.

Click here to see a sneak preview of “Checked Inn”