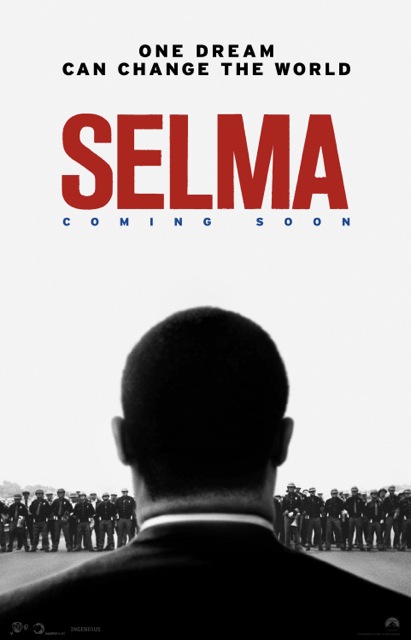 Inspired by the film’s message of resilience and hope and its historical significance, 27 African-American leaders in the New York business community have come together to create a fund that will allow the city’s 7th, 8th and 9th grade students to see “SELMA” for free at participating theaters. The students will provide a student ID or report card at any of the New York City locations for free admittance. The effort will begin at 7:00 p.m. on January 8th and run through January 19th (Martin Luther King, Jr. Day) or while tickets last.

Those contributing to the fund are:

Amsale Aberra and Neil Brown, Owners of The Amsale Group

“Martin Luther King, Jr.’s momentous journey in Alabama is an important piece of American history,” said Bill Lewis, Co-Chairman of Investment Banking, Lazard. “We are passionate about bringing this story to New York City’s students and we encourage business leaders in other cities to organize similar programs so that more students around the country have the chance to see this powerful film about an epic chapter in American history.”

“Paramount is honored to partner with New York City’s deeply esteemed business men and women to give students in New York the opportunity to experience Ava DuVernay’s beautiful and moving masterpiece,” said Brad Grey, Chairman and CEO of Paramount Pictures.

Commented Sherrilyn Ifill, President and Director-Counsel of the NAACP Legal Defense and Educational Fund, the organization that litigated to obtain the right to march in Selma, “We are thankful for the generous support and leadership of the New York business community and Paramount Pictures in helping deliver ‘SELMA’ and Dr. King’s message to our future leaders.”

Darren Walker, President, Ford Foundation stated “This coordinated effort from the New York business community demonstrates a commitment to education and the children of New York City. ‘SELMA’ is the right catalyst for this prominent group and it’s a model worth building on.”

“We thank the great organizations that quickly agreed to join this effort,” said Charles Phillips, CEO, Infor and Viacom Director. “‘SELMA’ is timely, thought-provoking art about a transformative period in our country and a story that speaks to generations.”

To reserve 25 or more student tickets during this program, please visit www.SelmaMovie.com/nyc while tickets last.