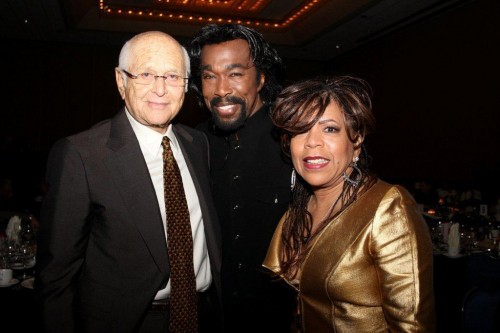 I needed real help in New York and I had no friends. I looked up at those buildings, I couldn’t see the sky or nothing, and I said, ‘Well, there ain’t no mountain high enough,’ and I just started – the words just fell out of my mouth, really.  –Nickolas Ashford

The late Nick Ashford and his wife Valerie, had some of their greatest success at Motown with classics like “Ain’t No Mountain High Enough” and “Reach Out and Touch Somebody’s Hand,” by Diana Ross and “You’re All I Need to Get By” by Marvin Gaye and Tammi Terrell, Ashford & Simpson also created anthems for others, like “I’m Every Woman,” by Chaka Khan (which was later remade by Whitney Houston).

Ashford & Simpson also had success writing for themselves: Perhaps the best-known song they performed was “Solid.”