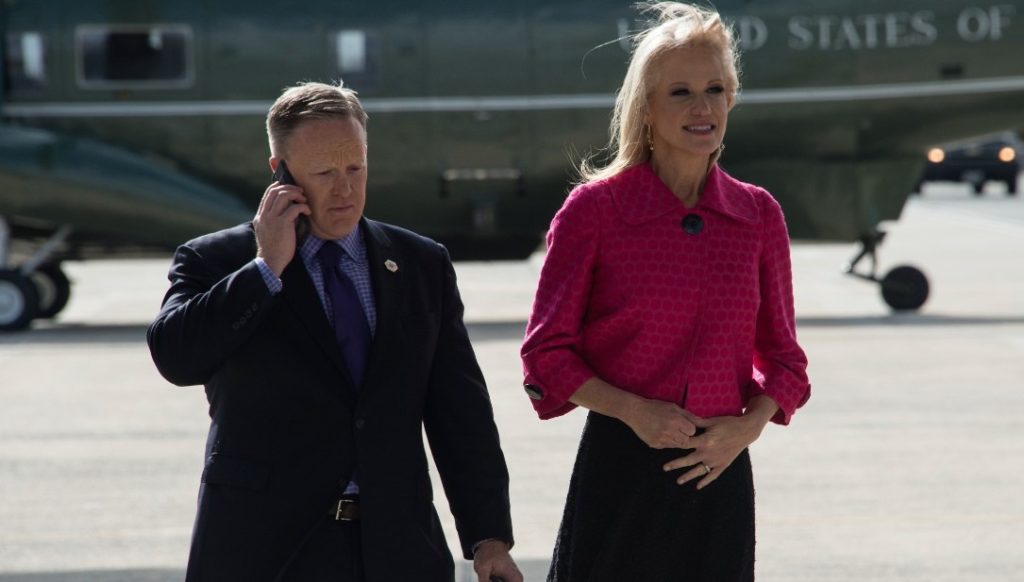 Have we suddenly or as of the November presidential elections and the nomination of Donald J. Trump as president of the United States entered an “alternative sphere?”A different realm of existence in which “real facts” actual occurrences and the truth do not matter?

“The truth pressed to the ground will rise again!”

It might take a minute or two, nonetheless a growing number of individuals across the country are longing forward to that day. It appears in the early stages of the Trump Administration, plausible deniability and alternative facts are key phrases that will be more the norm than the exception going forward.

Plausible deniability refers to circumstances in which a denial of responsibility of knowledge or wrong doing cannot be proven as true or untrue due to a lack of evidence regarding the allegation (uslegal.com).

Most consider plausible deniability as a tactful way to refer to a “lie” a mistruth.

The Trump Administration has been characterized in the early going as a platform constructed on lies and mistruths, false allegations and inflammatory rhetoric.

Alternative facts as well, can be characterized as deviations from the truth and reality.

The term was popularized by Trump presidential advisor Kellyanne Conway, who in an attempt to correct and walk back the “incorrect” allegations and statements by Press Secretary Sean Spicer regarding the attendance at the 2017 inauguration.

Spicer boldly, blatantly and profoundly declared Trump’s inauguration was the largest and most attended inauguration ever (all-time) and took issue with aerial comparisons of the crowds from President Obama’s 2009 inauguration and the noticeable fewer attendees in 2017.

The photos clearly show the 2009 inauguration had several times the attendance of Trump’s 2017 event. The presidential parade also had few entrants and observers along the route. The president elect quickly tweeted that was by design due to the weather? …(weather was not an issue in 2017, it was in 2009 when millions braved 27 degree temperatures to celebrate President Obama’s election and hundreds of thousands stood along the parade route.

If the early stages of unrest were not unsettling enough, the president elect issued yet another  Executive Order, this one “banning” residents from seven (7) countries the Trump Administration labeled troublaism to the interest of the US.

Again, the Administration had to “walk back” the word “ban” as Spicer came out (after using the term the day before during a press briefing) and denied it was a ban? (Plausible deniability).

Trump’s travel ban was denied and rescinded by 9th Circuit Judge Robart, who Trump later referred to as a “so called judge.” (It should be noted Judge Robart is a lifelong conservative).

Judge Robart’s ruling that affirmed Trump’s proposed ban was unconstitutional begs the question of when will the “real” members of the GOP stand up and speak out or take a stand against Trump’s excessive actions and behavior (still tweeting in the Oval Office).

It should be noted, the individuals waiting to enter the US from the (7) countries on Trump’s travel ban have been vetted for two years. They have been on a waiting list, questioned, interviewed and background checked. They are not just individuals off the street, in the targeted countries.

GOP Senate Majority leader Mitch McConnell (KY-R), who vowed not to work with President Obama from day one of his administration and went out of his way to hold up and not act on legislation that could have created jobs and moved the country forward, has taken a different tone with Trump.

McConnell is pushing Trump’s cabinet candidates through congress with the speed of a hot knife through butter; the vetting process has been reduced to literally nothing.

Ironically, it is now Senator McConnell who is saying the Congress should work together for the good of the country, dismissing the eight years he purposely held up progress for the country?

Trumps Cabinet reeks with controversy and deceit, from Secretary of State (Exxon CEO Rex Tillerson, who has strong ties to Russian President V. Putin), to his choice for Secretary of Education Betsy Devos, a known critic of public education; the swamp is not being drained, but rather restocked with unsavory sorts.

Trump’s continual call for a wall between Mexico to pay for the proposed wall to keep individuals out of the country has been discussed and poked at by individuals who all agree, the purposed wall will not deter individuals wanting to enter this country.

The Arizona Daily Star, Tucson’s leading daily newspaper, sent individuals to the border in 2006 and again following Trump election to again consider what it would take to build a wall.

The Star again, concluded the nature terrain (mountainous areas, sand, and cactus) is a barrier in itself.

Senators McConnell and Paul Ryan after committing not to assist President Obama in anyway, have vowed to consider ways to raise 12-15 billion dollars for a wall. (Unbelievable!).

The Star determined that the actual cost of a wall along the border, besides being a worthless venture, would actually cost more in the range of 25 billion dollars, money that could be spent on American roads, bridges and freeway.

Will the terms plausible deniability and alternative facts (actually lies and deviated truths) become the norm in the US? Only time will tell.

It’s time to stand up and speak up! The struggle continues!

Contributing writer Danny L. White is a Community Advocate in the Phoenix, Arizona area and, the author of The Sensational Letter “S”. Follow him on Twitter @dwhiteQ2