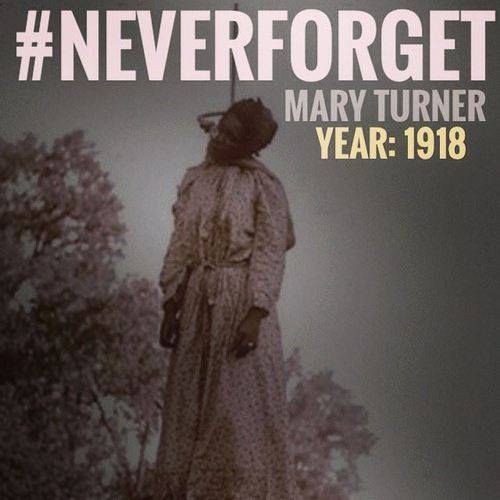 Sydney endured the beating of Hampton Smith in his sickness for not complying to work.

The demise of Hampton Smith and a manhunt ensued for justice with a rope and a tree.

Hayes Turner was seized from custody and informed of his rights with a community of activists declaring his life.

Swinging from a tree for being black man in Georgia in 1918, his wife Mary Turner was infused with the hypocrisy.

Eight months pregnant and her delivery would be of terror from her silence in the noonday.

We will “teach her a lesson”; running for her life for freedom of speech, the gates of hades enlarged its mouth.

Folsom Bridge became her tomb as the tree of life consumed her flesh with her captors hanging her upside down.

I was nineteen; white America in his fury clothed me with gasoline and motor oil and the fire consumed me.

Dissatisfied with a consuming fire of flesh, surgery was performed; innocence became guilty with a swift cut of my flesh.

The cry of the baby enraged them and the breath of life was stomped into the whirlpool of their disaster.

Mary Hattie Graham Turner and her eighth month of pregnancy was her legacy; I have a dream today, let justice roll down like waters and righteousness like a mighty stream.