It’s no secret that The Queen has impeccable fashion style.  Check out her Halloween Costume. 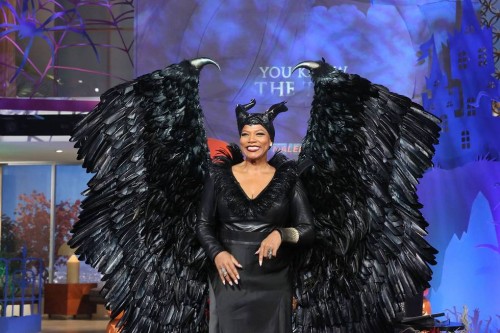 About the Queen Latifah Show
Is a daytime talk-variety series that showcases Queen Latifah’s extraordinary range of talents as a global entertainment icon. The show is produced by Flavor Unit, Overbrook Entertainment and Sony Pictures Television and is cleared on major station groups around the country, including the CBS Television Stations.