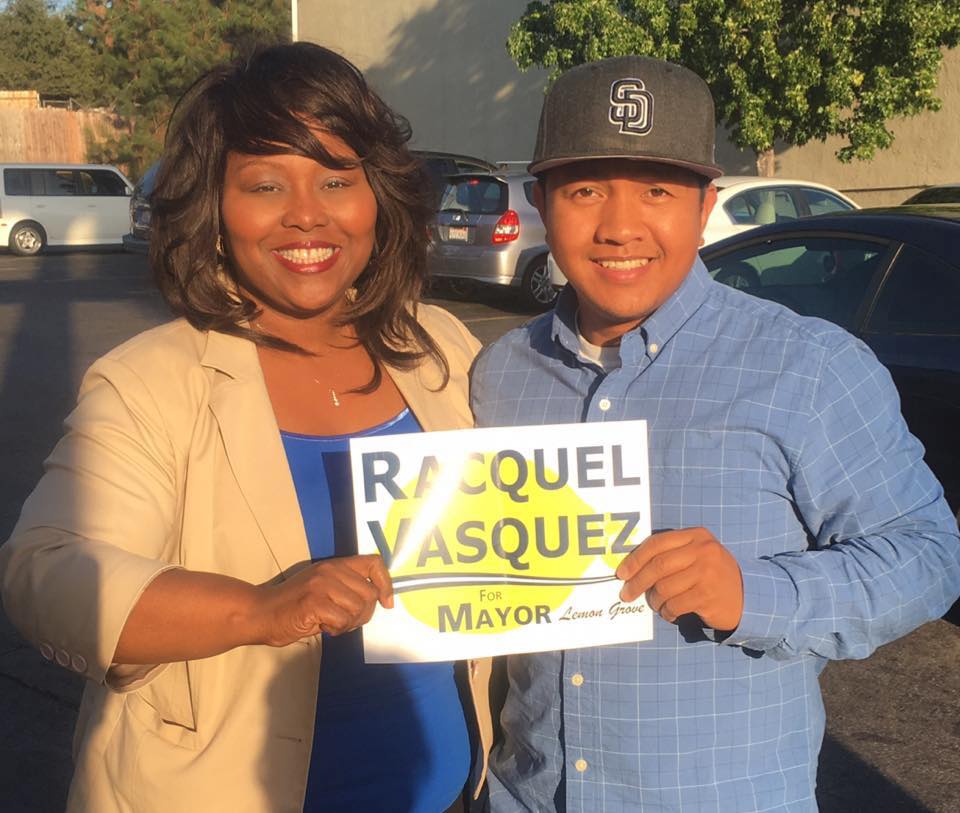 Residents of Lemon Grove, California are ecstatic to see a change in the political makeup of the small city in San Diego county. A few weeks ago, an African American female, Racquel Vasquez was elected mayor, making her the first person of any color to serve on the Lemon Grove City Council. Vasquez won the close election by a 2.71% percent margin, edging out George Gastil.
Vasquez has been currently working with her fellow council members to prioritize the budget, encourage redevelopment, support infrastructure improvements and maintain services that are important to the community.

“It was a long election season and I am extremely grateful for the support of my family, friends, and loyal volunteers who generously contributed to the success of our campaign, thank you!”

Vasquez’s priorities for the City of Lemon Grove include:

Quality Neighborhoods – Encouraging redevelopment while preserving the unique characteristics of the city.

Economic Development – Prioritizing the city’s budget to ensure our city thrives – by supporting infrastructure improvements, local businesses, and efforts to bring back community services that are important to the residents of Lemon Grove.

Prior to serving on the Lemon Grove City Council, Vasquez was an active Lemon Grove community member, serving in various community groups, associations and city task forces. She also served as a City of Lemon Grove Planning Commissioner and was a graduate of the Resident Leadership Academy.