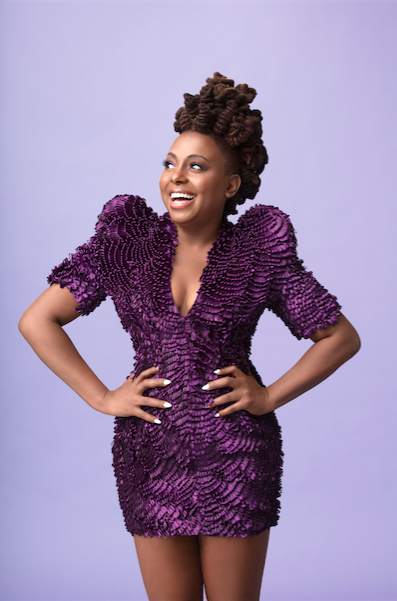 (Los Angeles, CA- April 6, 2018) R&B vocalist Ledisi is excited to join the lineup for the  2018 ESSENCE Festival taking place in New Orleans during the July 4th holiday weekend. The twelve-time GRAMMY® nominee will be hitting the main stage on Friday, July 6 at the Mercedes-Benz Superdome in a special curation by The Roots.  Single night tickets are currently on sale. For more information log onto www.essencefestival.com

In addition, Ledisi’s GRAMMY® nominated single “All the Way” (click here), has cracked the Top 15 on the BDS R&B Chart and is building at #16 on Media Base. “All The Way” is now in rotation in all major cities across the country receiving airplay in Philly, D.C., Atlanta, Memphis, New Orleans, Los Angeles, Detroit, Chicago, Kansas City, Milwaukee, Music Choice R&B Soul, and SiriusXM Heart & Soul.

Ledisi is also headlining the “Let Love Rule Tour,” which kicks off on May 24 in Raleigh, NC, at the Ritz and culminates on June 17 in Dallas, TX, at the Majestic Theatre. The 17 city tour will be making stops across the country including Boston, D.C., Nashville, Cleveland, Cincinnati, Dallas, Nashville, and more. Joining Ledisi on this journey will be Melanie Fiona and Tweet. Ledisi will be performing songs off her new GRAMMY® nominated album Let Love Rule, which received nominations in the “Best R&B Album,” “Best R&B Performance,” and “Best Traditional R&B Performance” categories at this year’s ceremony.