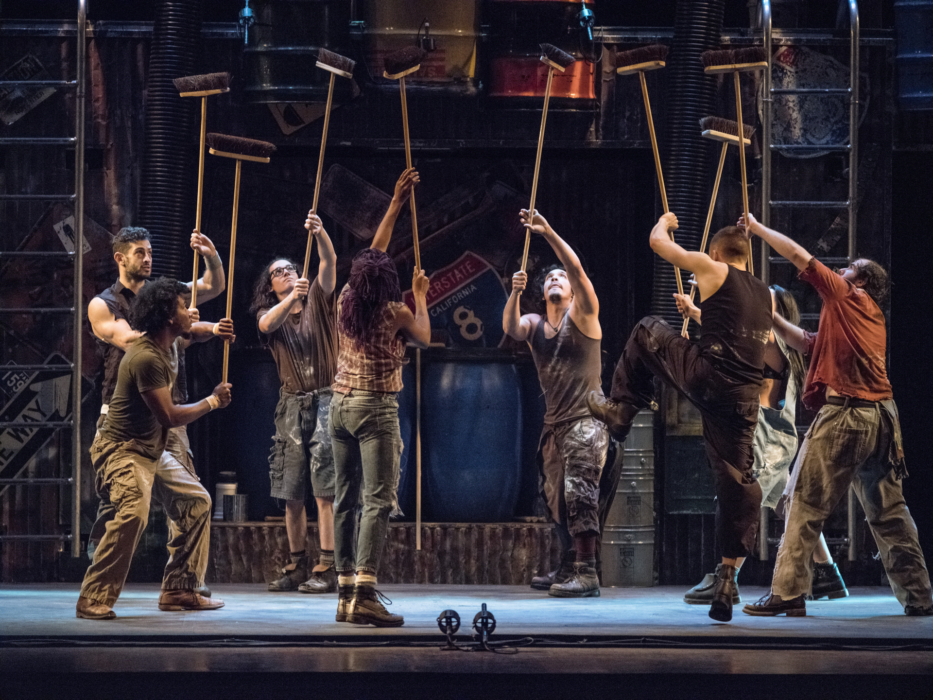 (SAN DIEGO, Cali. – STOMP, the international percussion sensation, returns to The Historical Balboa Theatre from March 2-4, 2018. Returning to the Balboa Theatre stage for the first time in seven years, STOMP is explosive, inventive, provocative, witty, and utterly unique-an unforgettable experience for audiences of all ages. The eight-member troupe innovatively, uses everything but conventional percussion instruments to fill the stage with electrifying rhythms–dustbins, tea chests, radiator hoses, boots, hub caps,  lighters, with a compelling and unique act that is often imitated but never duplicated.

Created by Luke Cresswell and Steve McNicholas, STOMP continues its phenomenal run with four global productions: the ongoing sell-out production at New York’s Orpheum Theatre, a permanent London company, and North American and European tours. Throughout its life, the show has continued to change by creating new material; next year/this year (depending on when release goes out), it will incorporate two new pieces.  It is safe to say you will never again look at supermarket carts  or plumbing fixtures the same way… or paint cans, or kitchen sinks or…

The performers “make a rhythm out of anything we can get our hands on that makes a sound,” says co-founder/director Luke Cresswell.  A unique combination of percussion, movement and visual comedy, STOMP has created its own inimitable, contemporary form of rhythmic expression: both household and industrial objects find new life as musical instruments in the hands of an idiosyncratic band of body percussionists.  It is a journey through sound, a celebration of the everyday and a comic interplay of characters wordlessly communicating through dance and dance and drum.

Read what the critics and audiences are saying…

“STOMP is as crisp and exuberant as if it had opened yesterday,” says The New York Times. The San Francisco Chronicle declares “STOMP has a beat that just won’t quit!” The Los Angeles Times exclaims: “Electrifying! Triumphs in the infinite variety of the human experience.” “A phenomenal show! Bashing, crashing, smashing, swishing, banging and kicking – a joyous invention!” says the Chicago Tribune.

TICKETS: Tickets are on sale now!