San Diego REPertory Theatre Presents, World Premiere of “In The Time of The Butterflies” by Caridad Svich 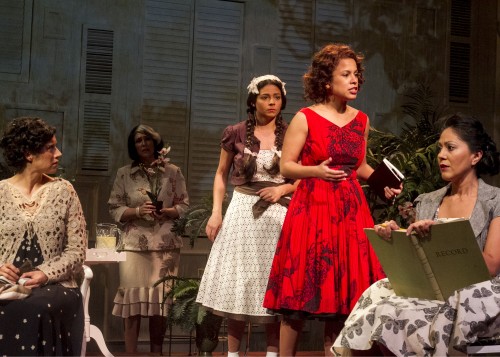 “In The Time of The Butterflies” is a true story of the four Mirabal sisters, known for their code name “butterflies,” who dared to challenge Generalissmo Rafael Trujillo who ruled the Dominican Republic in 1960. The sisters: Patricia, Dede, Minerva and Maria Teresa Maribal led a resistance to defeat one of the century’s most brutal dictators.

Svich, a graduate from University of California San Diego, is one of America’s premier playwrights and adaptors of the best of Latin American literature. “In The Time of The Butterflies” is a best-selling novel that has been selected as one the Best Books for Young Adults by the American Library Association. Svich has crafted a world premiere new play about the Maribal sisters willingness to fight for freedom.