(San Diego, CA) Perhaps it wasn’t until the 2011 Grammy-awards show that many took notice to the brilliance of Esperanza Spalding.  During that time, a relatively unknown 26-year old beat out mega pop star Justin Bieber, stirring up angry “Belieber” fans  taking home the Grammy for best new artist.  Needless to say,  Spalding had nothing to prove then, or now for that matter.

Now 30, the multilingual Portland, Oregon native, 4-time Grammy winning bassist, arguably, is one of the most prolific, talented musicians in the world.

“Emily’s D+Evolution,” her concept-minded new body of songs, as a callback to the purer creative intentions of a child. Emily is her middle name, and it was what people called her back when she first wore braids and big glasses, and seemed always to be putting on a show in the backyard. 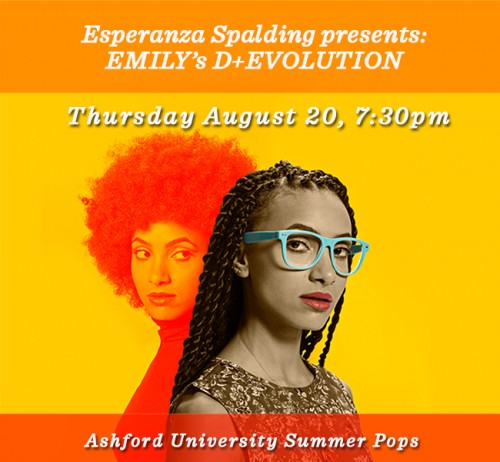