Skip to content
With all that’s going on in the world today, we could all use a good laugh. Lionsgate’s family fun comedy UNCLE DREW starring Kyrie Irving, Lil Rel Howery, Tiffany Haddish, Erica Ash and more is out in theaters today, Friday, June 29!

Without giving too much away, the movie is a spinoff of a series of viral Pepsi ads in which the Boston Celtics point guard Kyrie Irving, made up to look older, took much younger street basketball players to school.Produced by Pepsi, the story line centers on a luckless  amateur coach Dax (Lil Rel Howery), who has his disloyal team snatched away by a childhood rival played by Nick Kroll. He’s told to find the aged court legend “Uncle Drew, ” played by Kyree Irving.  Uncle Drew and his crew of  crusty former teammates, who he insists that fills are played by Shaquille O’Neal, Reggie Miller, Chris Webber, Nate Robinson and Lisa Leslie. Check it out for more that a few good laughs.

Check out the trailer here. 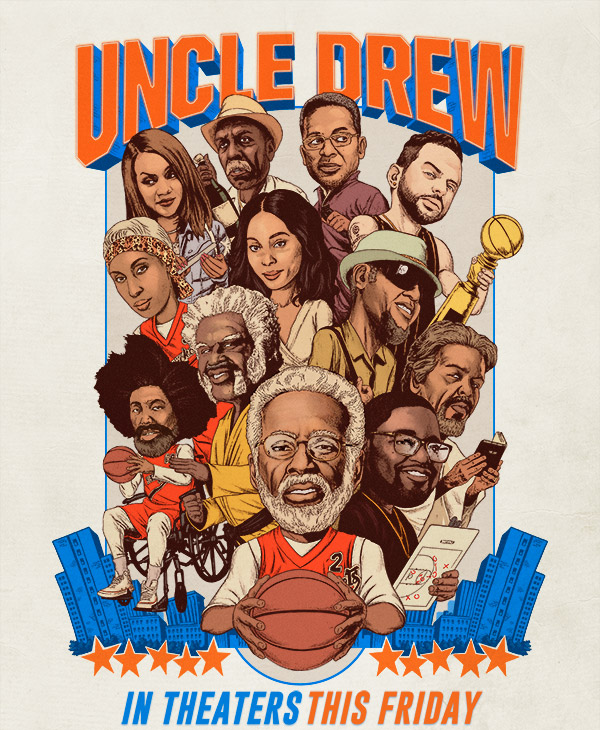