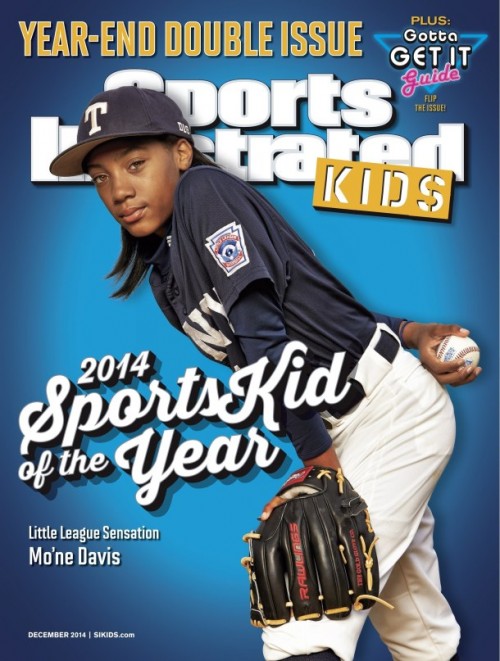 Now here’s what’s called good news. Earlier today, Sports Illustrated Kids named baseball phenom Mo’Ne Davis as its “SportsKid of the Year 2014.” The esteemed honor and cover story rounds out what’s been one heck of a ride for the 13-year-old pitcher from Philadelphia.

The 13-year-old pitcher has remained in the public eye since she shot to fame in August during the 2014 Little League World Series, where she became the first female to pitch a shutout.

Davis’ pitches a fastball that crosses the plate at 70 miles an hour.

Other accolades include:  Davis’s little league jersey now lies in the Baseball Hall of Fame in Cooperstown, N.Y.; she starred in a Spike Lee directed documentary for Chevrolet; she’s signed on with HarperCollins Children’s Books to release her first memoir next March; and most recently, she joined boxer Laila Ali on stage to present an award at the Soul Train Awards.

The news of the honor roll student and standout player was first tweeted by first lady Michelle Obama.

Mo’Ne is scheduled to collect her award at Sports Illustrated’s annual “Sportsman of the Year” ceremony on Dec. 9 in New York.

Way to go Mo’Ne!  You make us all very proud.