Star-Studded Cast Added to the line up for NBC's THE WIZ Live!

COMMON, NE-YO AND ELIJAH KELLEY ARE NEWEST ADDITIONS TO ALL-STAR CAST FOR ‘THE WIZ LIVE!’

NBC’s Highly Anticipated Dec. 3 Telecast to Be Among Biggest TV Events of the Season 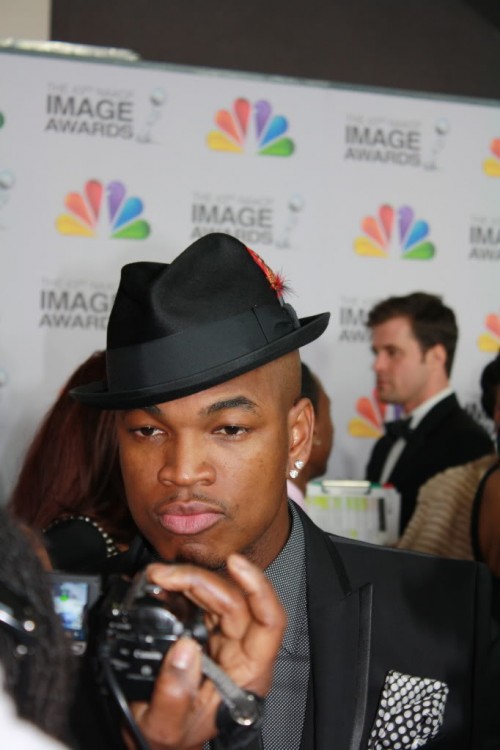 NE-YO will play the Tin Man. Photo: The Chocolate Voice.

Kelley will play the Scarecrow, the first of the three friends to meet Dorothy and who has always dreamed of having brains, but never realizing that he’s the smartest of them all.

Ne-Yo will play the Tin Man, who was once a flesh-and-blood woodsman but a spell put on him by the Wicked Witch causes him to lose his limbs and heart. He learns that he’s never lost the ability to feel.

Common will play the Bouncer, the gatekeeper of the entrance to Emerald City who is out to get what he can from Dorothy and her three friends.

Common and John Legend won Academy Awards earlier this year for Best Original Song for their composition of the single “Glory” from the 2014 film “Selma.” He also co-starred in the movie — about the 1965 voting rights marches from Selma to Montgomery, Ala. — as 1960s civil rights movement leader James Bevel.

As an actor, Common is also known for his role as recently freed slave Elam Ferguson on the AMC series “Hell on Wheels.” Other roles include work on the films “American Gangster,” “Terminator Salvation,” “New Year’s Eve” and voice-over support in “Happy Feet 2.”

An accomplished musical artist, Common is a two-time Grammy Award winner for the singles “Love of My Life” (with Erykah Badu) and “Southside” (featuring Kayne West), respectively. Common has released 10 albums, his most recent being “Nobody’s Smiling,” which debuted at #6 on the Billboard 200 Chart upon its release last year. It’s his highest-charting album since his 2007 disc “Finding Forrester,” which debuted at #1.

Starting at a high bar and maintaining his R&B credentials over the years, Ne-Yo’s first two albums, “In My Own Words” and “Because of You” each debuted at #1 on the Billboard 200 Chart. He has written songs for such acclaimed and varied artists as Celine Dion, Whitney Houston, Carrie Underwood, Anastacia and Ciara.

“The Wiz Live!” reunites Kelley with Queen Latifah, as both co-starred in the 2007 film “Hairspray,” where he played her son, Seaweed J. Stubbs. In addition, Kelley will once again collaborate with “The Wiz Live!” and “Hairspray” producers Craig Zadan and Neil Meron.

Kelley’s other film roles include “Red Tails” and “The Butler.” His TV work includes “The Shield,” “Everybody Hates Chris,” “Numb3rs” and “Dirty Sexy Money.”

Other recent cast additions for “The Wiz Live!”:

Queen Latifah stars as the Wiz, the mysterious and powerful wizard who holds the keys to the Emerald City, but whose metamorphosis from ordinary to extraordinary is itself a hoax. She rose to her lofty position after being transported by accident to Oz in a hot air balloon during a snowstorm.

Mary J. Blige will play Evillene, the Wicked Witch of the West, who holds sway over the Winkies and the Winged Monkeys that do her bidding. She captures Dorothy and her friends to avenge the unintentional murder of her evil sister, Evvamean, and to get back the powerful silver slippers given to Dorothy by the Good Witch of the North.

David Alan Grier will play the Cowardly Lion, who asks Dorothy if he can join her in her journey down the Yellow Brick Road to ask the Wiz for some courage, which he is severely lacking.

Uzo Aduba will play Glinda, the Good Witch of the South, who finally reveals the secret of the silver slippers to Dorothy and points her way home.

Amber Riley will play Addaperle, the Good Witch of the North who isn’t the best at magic but she does try. She is a sister of Glinda, Evillene and Evvamene, the other three witches of Oz. She points Dorothy to the Yellow Brick Road and her journey to Emerald City.

Shanice Williams, a 19-year-old New Jersey native who has been raised and trained in musical theater, is the new Dorothy.

Stephanie Mills will portray Auntie Em in “The Wiz Live!” Mills is best known to many for playing Dorothy in the original Broadway production of “The Wiz.”

“The Wiz Live!” is adapted from “The Wonderful Wizard of Oz” by L. Frank Baum, with a book by William F. Brown, and music and lyrics by Charlie Smalls. The production opened on Broadway in 1975 at the Majestic Theatre and won seven Tonys, including Best Musical.

Esteemed choreographer Fatima Robinson (“Dreamgirls,” “Ali”) is also on board, along with music producer Harvey Mason Jr. (“Dreamgirls, “Pitch Perfect 2”) and Stephen Oremus (“The Book of Mormon,” “Kinky Boots”) as music director, orchestrator and co-producer of the music.

“The Wiz Live!” is produced by Universal Television in association with Cirque Du Soleil Theatrical.