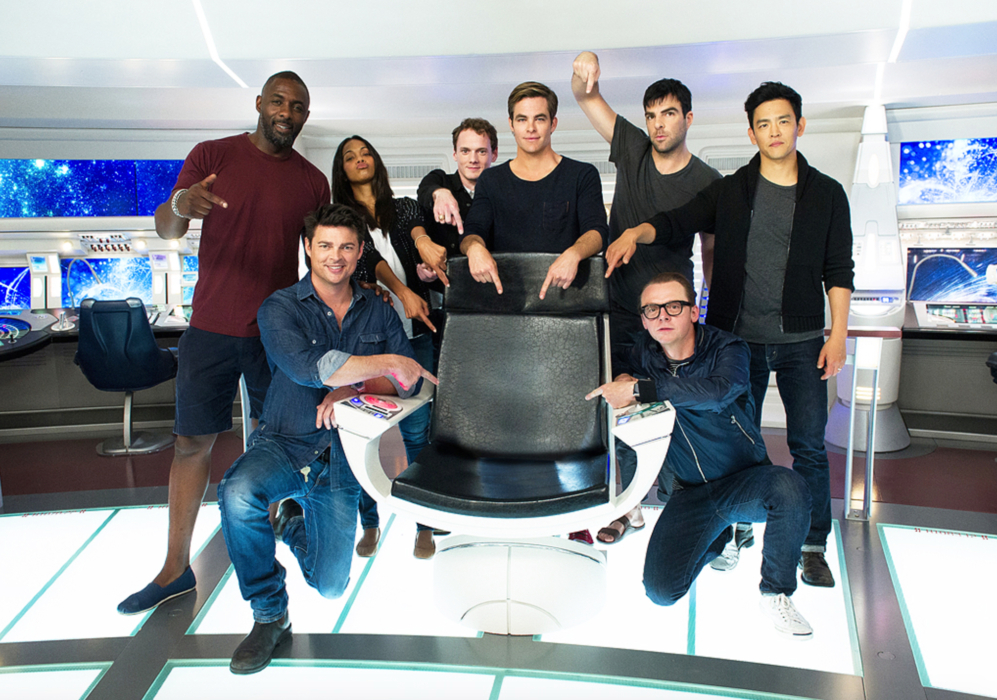 I had the pleasure of seeing Star Trek Beyond last week and I was pleasantly surprised! I’ll be honest, I’m not a trekkie so I can’t speak to you on the history of the show, or the nuances of their character development, but what I can tell you is that I appreciated the subtle inclusion of multi dimensional characters. Star Trek the TV show, has always incorporated social commentary into its storylines, and often served as a microcosm of diversity in our society.

2016’s Star Trek Beyond, delves a little further into that by pointing out that Sulu is gay, and is in an incredibly loving family, and that Spock and Uhura, an interracial and interspecies couple, can have the same challenges just as any other relationship.

But the overwhelming takeaway for me was that at the end of the day, we’re not as different as we think, right? Especially with all that’s going on in the world, Star Trek Beyond shows us that it’s possible to live in an incredibly diverse world that celebrates and recognizes the differences of others. Directed by Justin Lin and written by Simon Pegg and Doug Jung, the film is also incredibly entertaining, fun, and successfully balanced comedy with action.