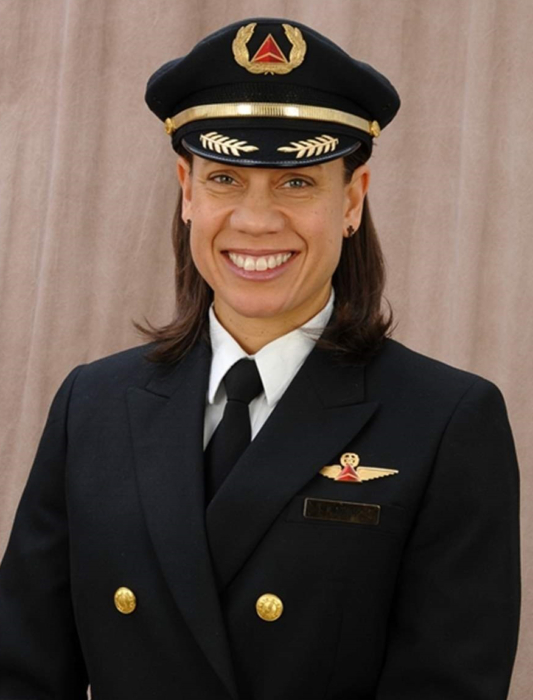 “As long as I can remember, I have been fascinated with airplanes and would think, ‘What a great thing it would be to know how to fly,’” Johnson, who has been flying for 20 years, said in an interview with Delta News Hub.

Johnson was the first in her family to graduate college, and she took her role as a role model seriously, not only becoming a flight instructor while she was studying at Kent State University but also becoming director of the Cleveland Aviation Career Education Academy and teaching high school students about aviation through the Detroit Aviation Career Education Academy.

She broke her first barrier in 1997 when she become Northwest Airlines’s first black female pilot, too.

“I feel a great sense of responsibility to be a positive role model. There are so few women in this profession and too many women who still don’t think of it as a career option,” Johnson said. “When I was hired by Northwest Airlines, there were 12 African-American women airline pilots in the country at the major airlines, and I knew all of their names.”