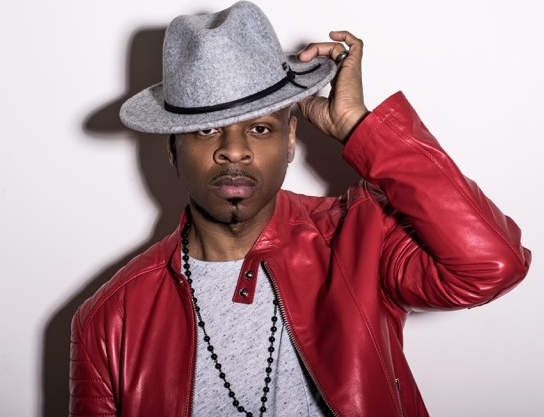 Considered one of the best R&B bands in the genre, Mint Condition lead vocalist and drummer Stokley Williams has released a solo album.

While Stokley was content with his band of brothers in Mint Condition as well as his outside collaborative endeavors, he realized that the time had come for him to embark on a musical voyage in a vessel meant for him to steer. Introducing finds Stokley stepping into the spotlight, a vibrant portrait of an artist on a quest to cultivate a creative statement as an individual. The album offers listeners a fresh perspective of a dynamic voice that has resonated with core fans around the world for over two decades.

Stokley enlisted the efforts of Carvin Haggins & Ivan Barrias. Responsible for the success and hits by such multi platinum acts as Musiq, Jill Scott, Ledisi and Faith Evans, the Philadelphia based duo contribute to the fabric of Introducing in a way that superbly compliments Stokley’s mellifluous vocal style. Introducing also includes co-writing contributions from Sam Dew and Los Angeles based songwriting group The A Team.

The singer notes that the title of another Haggins & Barrias produced track “Organic” is also a nod to his newly vegan lifestyle. Partially inspired by current sociopolitical events and the deliberateness and critical commentary of Marvin Gaye’s landmark 1971 hit “What’s Going On,” “We/ Me” finds Stokley reverberating with the times in an earnest yet piercing take on various sociopolitical state of affairs buoyed by undertones of the Motown sound “Art In Motion (featuring Robert Glasper)” is a wondrous sonic hybrid of eras and production techniques. Shifting gears, the dancehall flavored Stokley produced “Wheels Up” exudes maximum island vibes and features Jamaican singer Omi (of the 2011 triple platinum hit “Cheerleader”).

While working on his solo project, Mint Condition’s Christmas album  Healing Season, was nominated for Best R&B Album at the 2017 Grammy Awards.  Stokley also co-produced several tracks on Wale’s critically acclaimed albums The Gifted and The Album About Nothing – both of which debuted at #1 on the Billboard 200 charts.

It has been said that good things come to those who wait. For more than 20 years, fans have been patiently biding their time in hopes of a solo project from the lead vocalist of one of the most important R&B bands of the past several decades. With the bowing of  Introducing, it’s safe to say the wait is over.  “Obviously some of it is going to be familiar, because of my voice. I’ve just expanded my sensibilities a bit more. Introducing is a look at the past and the future. The fresh and the familiar.”

Congratulations Stokley, we wish you success.