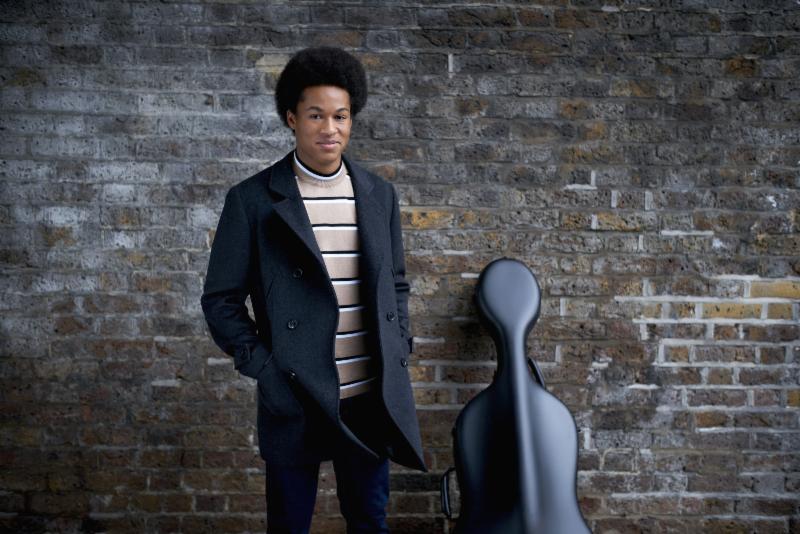 One of the brightest stars in classical music, teenage cellist Sheku Kanneh-Mason has been announced as one of the musicians at the Wedding Service of Prince Harry and Ms. Meghan Markle next month.

19-year-old cellist, Sheku Kanneh-Mason won BBC Young Musician 2016, made his BBC Proms debut the following year, and released his debut album, ‘Inspiration’, earlier this year. Sheku is a student at the Royal Academy of Music and combines his studies there with a busy international concert career. He is passionate about making classical music accessible to all and is Junior Ambassador for the music education charity London Music Masters. Last June, Prince Harry saw Sheku play at an event in London in support of the work of Antiguan charity the Halo Foundation.

Sheku Kanneh-Mason says: “I’m so excited and honoured to perform at Prince Harry and Meghan Markle’s wedding. I was bowled over when Ms Markle called me to ask if I would play during the ceremony, and of course I immediately said yes! What a privilege to be able to play the cello at such a wonderful event. I can’t wait!”

It is the latest chapter in Sheku’s extraordinary career so far, which has seen him catapulted into the spotlight following his triumph as winner of BBC Young Musician 2016.

Sheku made chart history with his debut album, ‘Inspiration’, which was released earlier this year on Decca Classics and features his personal selection of music – from Shostakovich’s Cello Concerto No.1 to Bob Marley’s ‘No Woman, No Cry’. It was recorded in Birmingham and his hometown of Nottingham with the City of Birmingham Symphony Orchestra (CBSO) and Music Director Mirga Gražinytė-Tyla.

Sheku’s version of Bob Marley’s ‘No Woman, No Cry’ went viral worldwide and he became the first BBC Young Musician winner to enter the Official UK Albums Chart with a debut recording, as well as the youngest cellist ever to reach the Top 20. He is one of this year’s biggest breakthrough artists – across any genre.

Sheku has been on a whirlwind adventure in the past few years – performing twice at the BAFTAs, playing at 10 Downing Street for the 30th anniversary of Black History Month, making his BBC Proms and Carnegie Hall debuts, performing at Paris Fashion Week, as well as high-profile TV appearances (including two BBC documentaries) and a busy international concert career. All this whilst completing his A-Levels and starting his studies at the Royal Academy of Music in London.

Sheku comes from an incredible musical family in which all 6 of his siblings (he is the third child of 7) play instruments to a phenomenally high standard – yet neither parents are musicians.

Sheku Kanneh-Mason has garnered huge critical acclaim for his performances with The Times describing him as “spellbinding” and “magnetic”. The Royal Wedding is sure to be an unforgettable day for this amazing teenager.