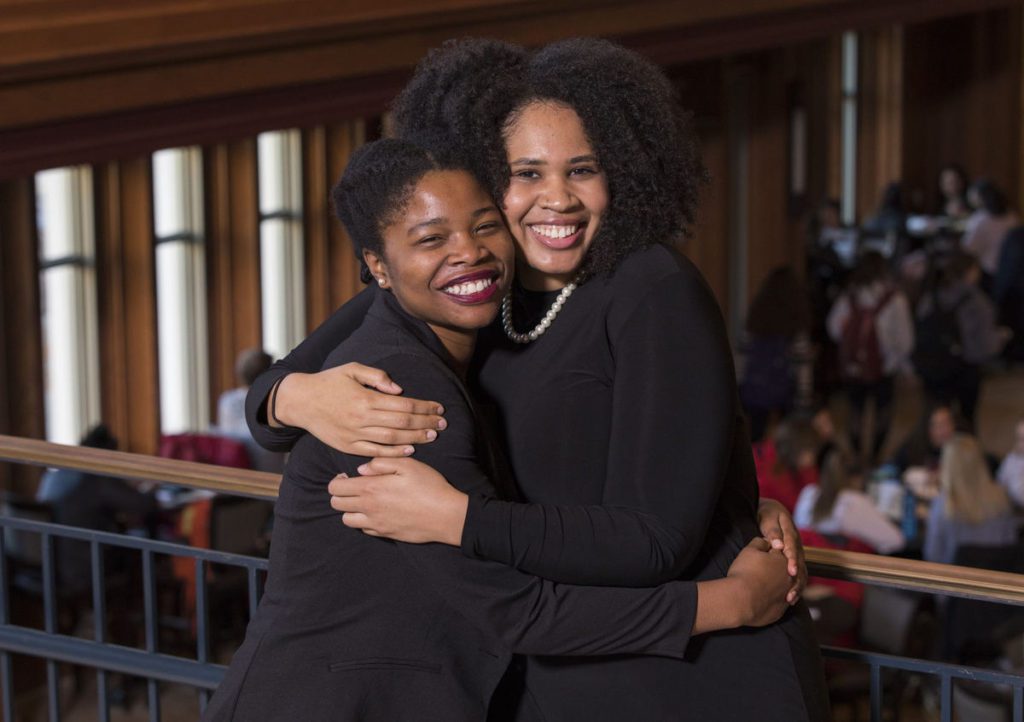 Ten African Americans are included on the 2018 list of 32 exceptional American students who’ve been named Rhodes Scholars, Black Enterprise has reported. It is the highest number of students of African descent to be named to the prestigious award.

Simone Askew of Virginia has been named a Rhodes Scholar. Askew also received another tremendous honor this year: The West Point cadet is the first African American woman to lead the cadet corps as first captain, a coveted role, many news outlets have reported.

Camille Borders, a senior at Washington University in St. Louis, is majoring in history as a Mellon-Mays Undergraduate Fellow.

Jasmine Brown of New Jersey attends Washington University in St. Louis where she studies biology with a focus on neuroscience.

Tania Fabo, who was born in Germany of Cameroonian parents, is a senior at Harvard. She has done cancer research and studies human development and regenerative biology.

JaVaughn T. “J.T.” Flowers is a graduate of Yale University where he studied political science, according to the Associated Press.

Chelsea Jackson, a student at Emory College in Atlanta, is the first African American Emory student to receive the honor, according to AJC.com. She studies political science and African American studies as a double major.

Naomi Mburu is a student at the University of Maryland Baltimore County, where Freeman Hrabowski is president. Mburu is a first-generation American whose parents are from Kenya. She studies chemical engineering, according to the Baltimore Sun.

Let’s hear it for #BlackExcellence at its finest!

The first black Rhodes Scholar to receive this honor, was Alain LeRoy Lock. It’s been reported throughout history, the selection committee didn’t know he was black until they saw him.

It would be another 50 years before another black person would be awarded a Rhodes Scholarship, widely considered the most prestigious in the world.

Rhodes Scholarships are valued at approximately $68,000. One of the most world’s most prestigious academic honors, the scholarship provides an opportunity to earn an advanced degree at the renowned Oxford University in the UK.

The scholarships are awarded by the Rhodes Trust, which honors the will of Cecil Rhodes, an advocate of apartheid in southern Africa, where he excavated his wealth, and a believer in racial hierarchy.

For the complete list of all 32 Rhodes Scholars-elect for 2018, go here.