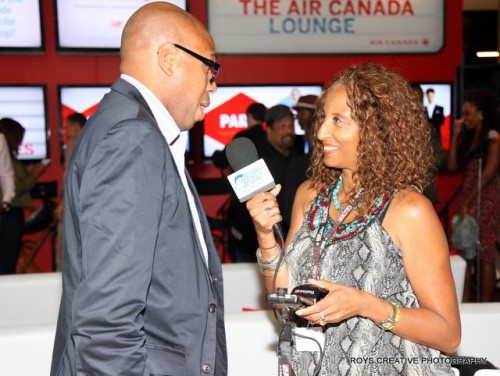 Via Press Release (Los Angeles, CA) January 16, 2013- The Blackhouse® Foundation returns to Park City with a host of exciting events from January 18-22, 2013 based at 804 Main St Park City, UT 84060 and open daily between 10am-12am. For the past six years, The Blackhouse® Foundation has partnered with the Sundance Film Festival to create the ultimate experience for emerging elite filmmakers in the African-American community. Open to the public and home base for African-American festival attendees, The Blackhouse® Foundation’s venue will host numerous workshops, nightly community events and signature gatherings. Highlights for 2013 include: Dinner with Bevy hosted by Blackhouse Ambassador Bevy Smith, A Conversation with Will Packer-Presented byThe Academy of Motion Picture Arts and Sciences-moderated by Brickson Diamond, a panel on casting in a New America moderated by Blackhouse Ambassador Elvis Mitchell and featuring executives, filmmakers and talent from across FOX and Fox Searchlight and a special Inaugural Breakfast.

“Sundance is an experience like no other and we at Blackhouse are proud to ensure that more black folks get this experience and take advantage of it,” said Brickson Diamond, Board Chair of the Blackhouse Foundation.

The Blackhouse® Foundation works to expand opportunities for Black filmmakers by providing a physical gathering venue for our constituents at the world’s most prominent film festivals, encouraging the inclusion of black filmmakers with films selected by the festival and creating a nucleus for continuing support, community, education and knowledge.

Boasting a remarkable 29 films highlighting black directors, content or cast from across the African Diaspora in this year’s festival, The Blackhouse® is proud of their influence to increase visibility to a vast array of mainstream markets since their inception.

Diamond said, “There are these full circle moments at Sundance that afford you the opportunity to watch films like BEASTS OF THE SOUTHERN WILD at its first screening, see Fox Searchlight acquire it, witness its gradual release on screens across the country and finally wake up too early one morning to hear the name of 9-year-old Quvenzhané Wallis amongst the Oscar Best Actress nominees. There is nothing like being a part of that…a real part of it. That is Sundance.”

Live streaming via http://theblackhouse.org/ustream and “tweets” will be an essential part of the Blackhouse experience. For all updates follow us on Twitter @The_Blackhouse or search #theBlackhouse and join the conversation. Also ‘Like’ our Facebook fan page for pictures, announcements, and more at www.facebook.com/blackhousefoundation.

About The Blackhouse Foundation

The Blackhouse® Foundation works to expand opportunities for Black filmmakers by providing a physical gathering venue for our constituents at the world’s most prominent film festivals, encouraging the inclusion of black filmmakers with films selected by the festival and creating a nucleus for continuing support, community, education and knowledge.

The Blackhouse® Foundation is a US-based charitable organization geared towards dynamic industry networking, rigorous support, unparalleled education, and celebration for filmmakers of African descent and their audiences. The Blackhouse focuses on increasing the visibility and commercial success of films by, for and about people across the Diaspora.