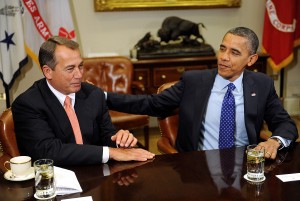 The first week of 2013 was quite spectacular for the stock market. Gains ranged from just under 4% for the Dow Jones Industrials and to near 6% for the Russell 2000.  The overseas market place also took part in the rally and posted gains, with several hitting new 52 week highs.  Noise on the street has relayed that the gains are associated to the so called January Effect, where stock prices, somewhat historically, increase in the month of January. Call it an opportunity where investors bought securities before the end of the year (2012) for a lower price, and then sell them in January to generate profit from the price differences.  I’m not totally buying that theory, but hey, we are off to a nice start and I’ll let the punditry have their encyclopedic moment.

Not only have the markets begun anew but we’ve also started 4th quarter’s earnings season.  Positive earnings reports should help to keep the rally moving if all goes as planned. It’s also been said that the best laid plans of mice and men often go astray.  Caution shouldn’t be thrown to the wind right now.  Heaven knows our financial markets have shown a remarkable apathy towards the positive indicators in recent memory.

2012 was a year for safe havens in the Treasury bond market.  For all intents and purposes, the flight to safety in the bond market proved worthy.  Now, at least to me, Bonds look unattractive technically.  Even with the 10 year note closing above 1.9%, the 30 year bond ends the week above 3% and the 5 year note closing at its highest level since April 2012. Bonds have become a crowded safe haven trade. On the flip side, municipal bonds, which corrected severely in December, are up nicely at the start the year. Caution, yet again, prevails.

I remain optimistic.  Hopefully I can now remove from my vocabulary the term Fiscal Cliff, making it a phrase that shall never be enunciated again.  Those that continue to moan and dwell can’t see the forest because of the trees.  The agreement avoided an economic tsunami.  It was good for the economy and absolutely a blessing for equity markets.  Yes, the attention should now rightfully turn to our spending issues, and we can count on many in Congress to continue to issue sermon after sermon on our impending doom.  Their ferocity of argument is only going to get louder in the coming weeks.  Bottom line however, what is the U.S. going to do?  Not pay our bills? Congress holds the purse strings, they approved the expenditures and now the check has arrived at the table and has to be paid.  I won’t anticipate a meeting of the minds on Capitol Hill, as we all witnessed in the last few weeks; there is a significantly limited supply of brain power up there to get anything accomplished in a timely and efficient manner.  I continue to remain optimistic as companies begin to report.  January earnings season regularly includes full-year guidance. I’m expectant of good things in 2013 and this earnings season could provide a spark going forward.