“Why would you go all the way to the USVI when you already live in paradise?”

That’s what a few fellow travellers asked me this past week when I was in The United States Virgin Islands. My answer? “The water isn’t the same color of blue in California.” Listen, I love to travel but that question had me thinking, why DID I to travel to a place that looks pretty similar to where I grew up? I spent the beginning of the trip justifying why I went to the Virgin Islands—you know, weighing the pros and cons and comparing it to previous trips.

After all, the water isn’t as teal and crystal clear as the waters in Mexico, the architecture isn’t as aesthetically pleasing as I would’ve hoped, the food is totally disappointing, and 60% of the islands are a National Park, which is great for the animals but as a selfish human, it wasn’t my cup of tea. So what was it about the USVI that had everyone buzzing? I started thinking of it as the Beyoncé of the Caribbean (Bey Hive, sue me)—but hear me out, it’s not that it’s bad, it just felt a bit overrated, and those who love it, take personal offense if someone else doesn’t love it—you know, also like a Bernie or bust supporter.

Nevertheless, I set out on a mission to discover this gorgeous place, meet some locals, and learn the rich history of the islands. We started the trip out with an island tour of St. John, which was beautiful and also enlightening for unsuspecting reasons. Soon into the tour, I started noticing some inaccuracies of our tour guide’s history lesson, and as we drove past the neighborhoods, I saw huge differences in the way that the local people were living, and the way that the rich people were living. Oh, and by locals, I mean black people. Then Julian, our tour guide, dropped the bombshell—that residents of the USVI were not eligible to vote in US presidential elections. A territory of the US, with a population that is over 70% black, cannot vote for policies, laws and leaders in the country that affects their way of living. They can only elect a delegate to congress, and even though that delegate is able to vote in committee, they cannot participate in floor votes. Uh, WHAT?!

My woke radar was buzzing all day after that tour. I thought, “But who were the inhabitants before?”, “When did the enslaved people come to the island?”, “Why are ya’ll so concerned with snorkeling with turtles, and not voting?!” And that my friends, gave me a new, and unintentional answer to that question that the other tourists asked me when I first got there, “Why would you go all the way to the USVI when you already live in paradise?”

I realized that it wasn’t about going from one paradise to another. I travelled all the way to the USVI to educate myself, to expand my knowledge of the world and to experience and witness the struggles of people who look like me. So, if the island tour guides weren’t going to be helpful with their well-intentioned but totally incorrect dates and facts about the island, I was going to learn what I could about the island on my own, and I found some pretty eye-opening stuff.

The islands are located in the Lesser Antilles of the Eastern Caribbean, and were originally inhabited by the Ciboney, Arawak, and Island Carib people. Then stupid face Christopher Columbus arrived with European settlers and over the next century, the islands were occupied by Spain, England, The Dutch Republic, France and Denmark who stole raped, pillaged and ruined the lives of people of color colonized the islands.

The first enslaved people were brought to the island around 1673, under the Danish rule. Turns out that one of the first, and most significant slave rebellions in the new world happened on St. Thomas. In 1733 the Akwamu slaves from the Gold Coast took over the island for six months—crazy right? There was a far more successful slave revolt in 1848, which resulted in the emancipation of the slaves. Peter von Scholten, the governor at the time, had a stand off with thousands of slaves with burning torches who threatened to burn down the town of Frederiksted. Instead, Peter opted to free them. Where’s that in our history books?! The US, purchased the islands in 1917, and they have been a US territory ever since. 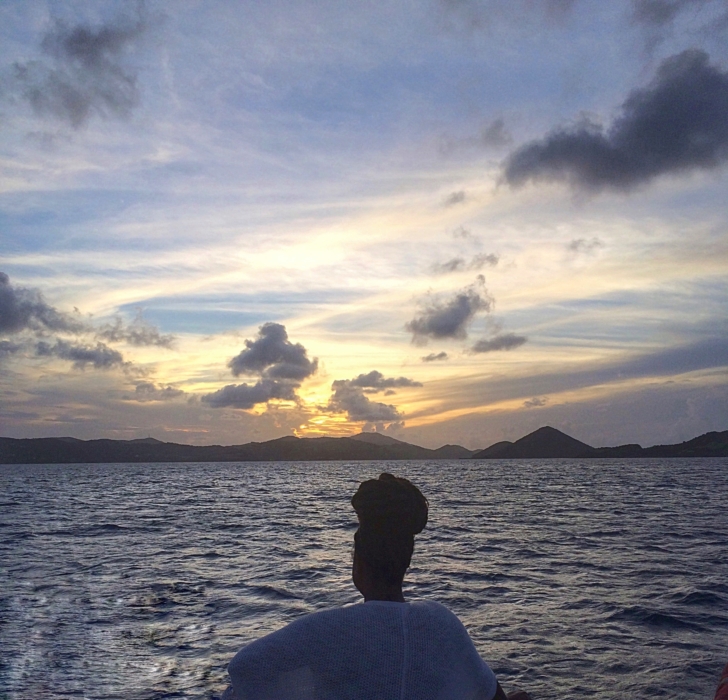 Overall, it was a great trip and I would still encourage people to go to the islands, but I would also encourage everyone to educate themselves, and try to have an understanding that there is a rich history of the black experience that extends beyond our own neighborhood. The African diaspora, or our global neighborhood, isn’t as distant as we sometimes think. So, I came to the island thinking that it was like the Beyoncé of the Caribbean, but I left the USVI feeling like Solange, extra woke, and ready to spread awareness.

By the way have ya’ll heard that album? It’s good right?