Did you know that originally the New Year Celebration was held  in March?

It started about 4,000 years ago in ancient Babylon where there is an equal amount of sunlight and darkness. The first full moon after this event which is also known as the Vernal Equinox, was the day that started the new year.  This also marked the beginning of a new and fresh harvest, which is now celebrated today as the Easter Holiday.

Today, we celebrate the New Year on January 1st. 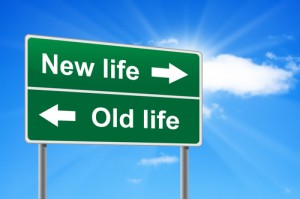 As part of his reform, Caesar instituted January 1st as the first day of the year, partly to honor the month’s namesake: Janus, the Roman God of beginnings, whose two faces allowed him to look back into the past and forward into the future. The early Roman calendar consisted of 10 months and 304 days, with each new year beginning at the vernal equinox; according to tradition.   A king by the name of  Numa Pompilius, is credited with adding the months of Januarius and Februarius. Over the centuries, the calendar fell out of sync with the sun, and in 46 B.C. the emperor Julius Caesar decided to solve the problem by consulting with the most prominent astronomers and mathematicians of his time. He introduced the Julian calendar, which closely resembles the more modern Gregorian calendar that most countries around the world use today.

With that being said, what does the New Year represent today? Are we looking back into the past or looking forward into the future? Or are we doing both?
To many of us, today the New Year represents a fresh start, another chance to make things better than they were the year prior and so forth. But how can we move forward if we’re still looking back into the past? Have you considered that improving the lives of others, may improve your own personal  life for the better? Everyone has the opportunity to help someone everyday. At work, in school, or in your own home. So as we move forward into 2016, Let’s think of how far we’ve  come as a people. From a new and fresh harvest to a new and fresh land of men and women who help others to achieve and ascend to a new height in this New Year.

Tonette Buchanan is a writer based in the Cleveland, Ohio area.