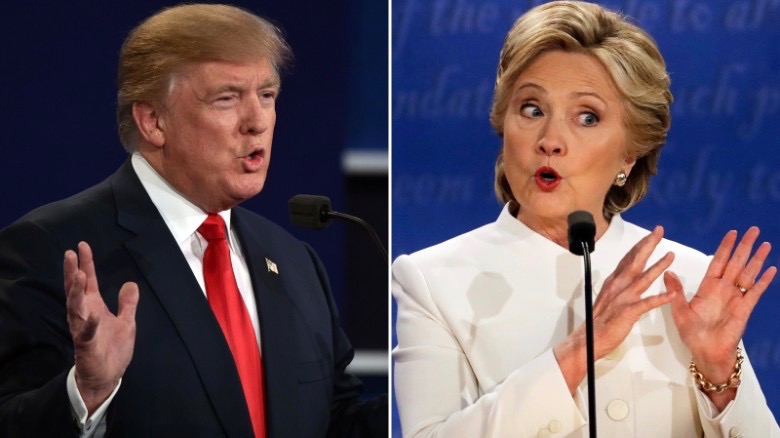 If there ever was an election where voting was important — this is it.

Today we have the first viable woman candidate running for president, Hillary Clinton, who in my personal opinion is running against Donald Trump, someone who’s far less qualified and temperamental to say the least.  After witnessing his temperament in all three debates, the man is a loose cannon. There, I said it.

I vaguely recall the very first presidential election that I voted in. I was barely out of my teens and hadn’t long moved to California, my residence now for over 35 years. It was the year that President Jimmy Carter who was referred to back then as the peanut farmer out of Alabama, was running for a second term against a movie star by the name of Ronald Reagan. We all know the outcome of that election. Carter lost and Reagan went on to serve two terms as the President of the United States.

Not that it really matters but, my parents voted for democrat Jimmy Carter, and so did I. His stance on equal rights and the fact that quite a few Blacks on his staff held high positions, was a huge deal to our family and to our community.

Wait a minute! Let me retract my words, although Carter lost the election, it did matter. My vote mattered. All votes matter. We live in a democracy where all citizens of voting age have the right to vote on important political decisions that affect our daily lives.

Although, I wasn’t clear on all of the political issues that were at stake back then, there was one thing that I was sure of, and that was, I had  an obligation to exercise my right to vote. Shout out to my parents who instilled in their children the value of using our voice to represent our opinions– especially as African Americans, who were just afforded that right in 1965. Not to mention, voter suppression tactics.

We all have witnessed in the past two elections that the Black vote is something not to be played with hence–President Barack Obama.

Which brings me to this question:  Why does there seem to be so much lack of enthusiasm for this election? In talking with various people the standard answers seems to be, (1)  “I don’t trust Hillary.” (2) “Trump has no political experience, he’s racist, sexist and he lacks the temperament to run the country.”

Where I live in San Diego county, which tends to lean more to the right,  I find it  quite bizarre that I’ve seen hardly any political yard signs up this year.  I drove around my neighborhood for blocks and blocks, only to find one presidential lawn sign. For full disclosure, I don’t have a sign up either but, you better believe I’m voting. I certainly hope that’s the case for my neighbor’s. I asked one of my neighbors what she thought about this lack of political party signage. She had this to say:  “I think that they’re going to vote for Trump, but are too embarrassed to put up a sign.” If her theory is correct, which I hope it’s not, there’s all the more reason to vote.

It’s baffling.  I’m certain that most all of us would agree that this is the strangest election that we’ve ever seen.  At least it has been for me, in my lifetime.

None the less, Election Day is less than a month away and US voters, we have to hire a new president. That’s all there is to it.

If there ever was an election where voting was important — this is it folks, we have to vote.

See you out there on election day, November 8th.

By the way, here are a list of sites that help to break down voter guides and the issues.