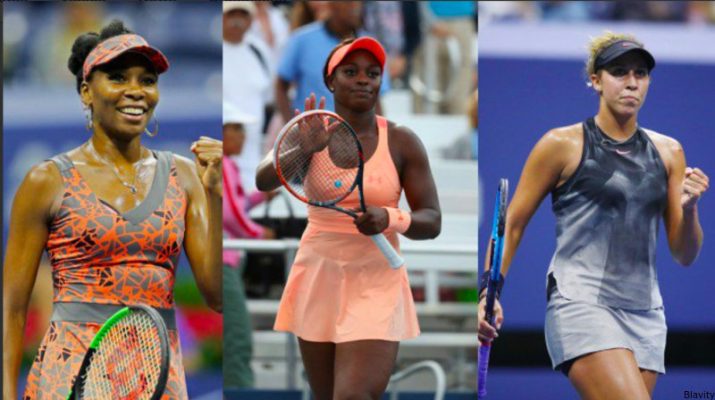 Venus Williams, Sloane Stephens and Madison Keys make history as for the first time in U.S. Open history, three black women have advanced to the quarterfinal round.

For the first time in the tennis competition’s history, it’s exciting to have three black women who all have advanced to the quarterfinal round.

On Monday, Sept. 4, Venus Williams, 37; Sloane Stephens, 24; and Madison Keys, 22, are all vying for the crown, currently vacated by Serena Williams, all taking place at Arthur Ashe Stadium.

Williams and Stephens earned their spots after beating Spain’s Carla Suarez Navarro and Germany’s Julia Gorges respectively. Keys joined them on Monday night after she put the stomp down on Ukraine’s Elina Svitolina.

“It’s just really exciting,” Keys, ranked No. 15 in the world, said about the chances of these three black stars facing one another. “I’m really happy that none of us are playing each other in the quarterfinals. If there’s some all-American matchups in the rest of the tournament, I think that says really good things about women’s tennis.”

We’re sure that Serena Williams who’s at home getting used to being a mother, to a future little lady tennis player, at least we hope, is watching as the Tiffany-engraved trophy presented at this year’s U.S. Open is up for the taking.

Good luck ladies, and way to work that #BlackGirlMagic!