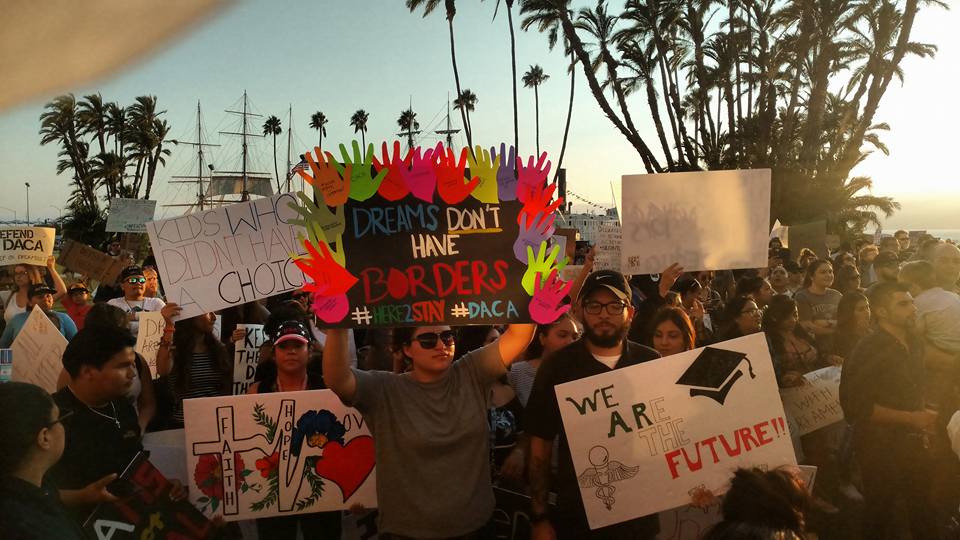 By Richard A. Estes

In the State of California with 39 million inhabitants, and more than 1/3 of all DACA quasi-citizens, immigration reform is front and center. I continue to hear that the biggest issue confronting California agriculture, especially, fresh fruit, is a shortage of labor. Several strawberry growers and shippers are beginning to cut back on production because they cannot find the labor to meet their requirements. 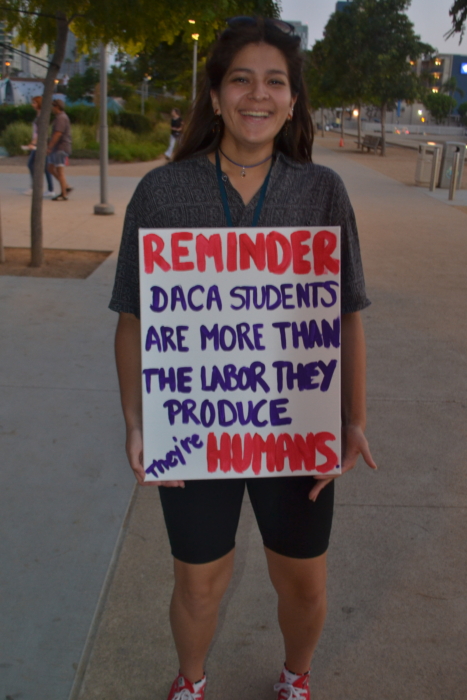 Although Jefferson Beauregard Sessions is Attorney General, he has no authority to say that President Obama’s executive action concerning DACA Dreamers is “unconstitutional.”  He is not the Supreme Court.  If so, then the Constitution needs to be CHANGED after 228 years. Even the Electoral College has outlived its usefulness (another subject).

Actually, the Constitution is made out to be some “holy document,” written by willing slave holders who did not believe women had the right to vote.  After all, the population of the 13 Colonies was not even 4 million total ‘legal’ persons. The first census in 1790 did not include any slaves or Native Americans. Today we are north of 326 million inhabitants, made up of a wide range of ethnic backgrounds, virtually all of whom are descendants of some set of “Dreamers” in our Nation’s past.

After Mexico rejected the annexation of Texas, James K. Polk promoted the Mexican American War Effectively, all of what is today’s southwestern States including California post-1848. Where we live now was previously Mexico. When asked, one southern Senator of the day was asked why not draw the border with Guatemala. His reply was “the USA is for white people”, and soon after the Civil War began.

Now, Trump, Sessions, and mostly white Republicans (what an anomaly-the Party of Lincoln) want to deny the reality of millions of quasi-citizens who have antecedents in our Nation back before the Civil War.

The mean-spirited, angry, anti-immigrant Executive leadership in Trump’s Presidency and in the HR has actually become “un-American”.

I fully support not only the acceptance of DACA quasi-citizens, but acceptance as legal residents ALL immigrants, technically legal or otherwise who have lived and worked in the USA for at least 5 years. Virtually all will have paid FICA as well as Federal and State Income taxes (for which they will never receive any benefit).

With our Nation’s unemployment rate near “effective” full employment, and an aging population predominating being Baby Boomers, our Nation NEEDS immigrants. Otherwise, our economy will be “dead in the water” within a decade.

We need to protect our quasi-citizens who through the technicalities of long outdated immigration policies are trapped by out of date thinking—and, unfortunately a number mean-spirited Republicans who have no concept of how Western Hemisphere Hispanics have enriched our Nation. Time to make it right.

See images below of protestors at rally in San Diego, California: 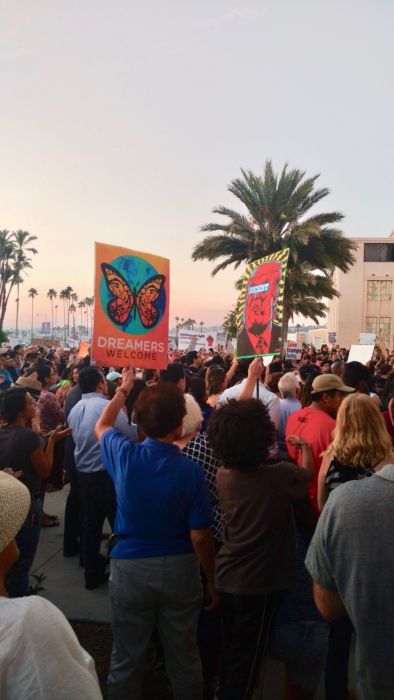 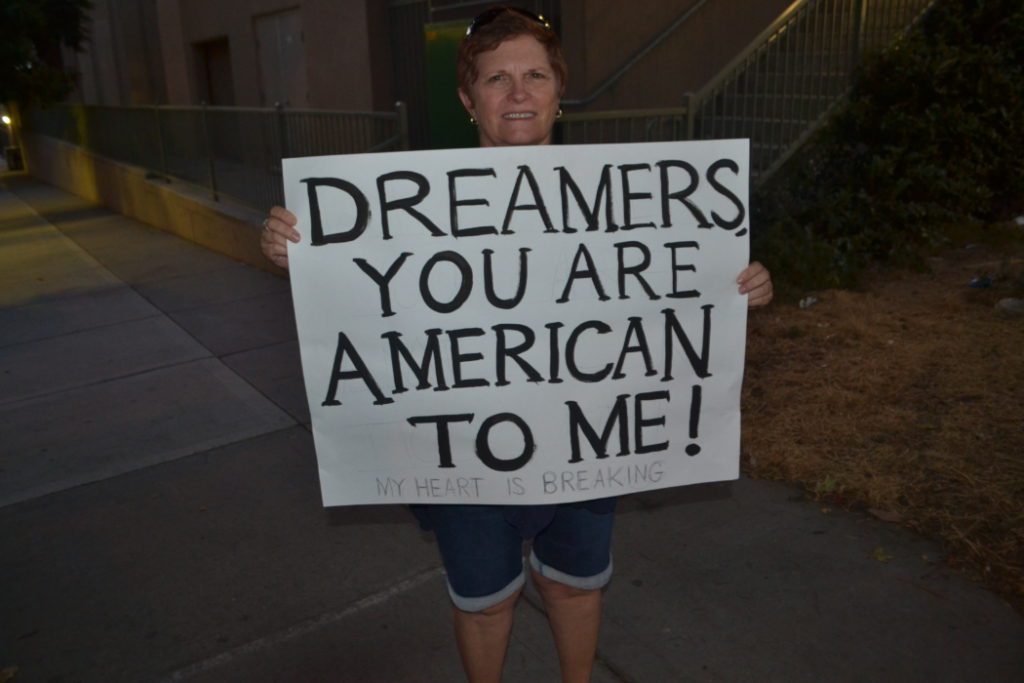 DACA — Deferred Action for Childhood Arrivals — was established by the Obama administration in June 2012 for children brought into the United States as minors by their parents. Applicants must meet several requirements, and DACA permits are valid for two years, subject to renewal. DACA, which provides temporary protection from deportation but not a path to U.S. citizenship, is not a law, but a program of the U.S. Department of Homeland Security. More than 760,000 people are enrolled. President Donald Trump has said he considers DACA “unconstitutional,” but his administration continues to grant permits and says that DACA enrollees are not a priority for deportation.