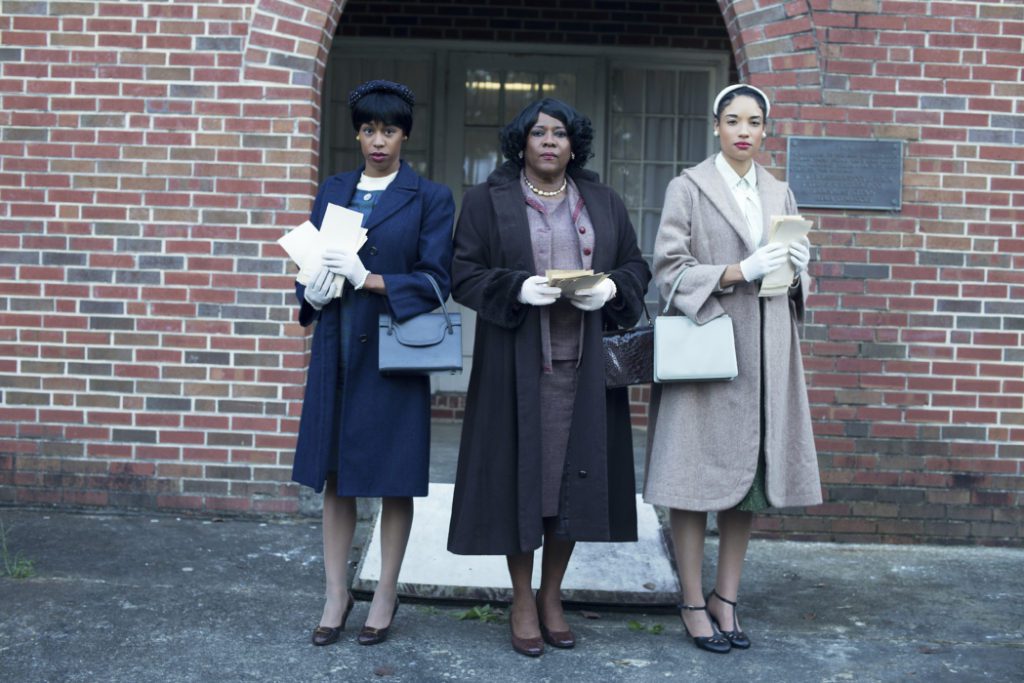 Here we are 2018. And, on the heels of  February, celebrating another month of Black History facts, yet still, some of the bravest figures of the civil rights movement remain hidden.

On February 11, TV One will air the retelling of an important story that revolves around civil rights icon, Rosa Parks in Behind the Movement. The made-for-television movie honors the contributions of many unsung heroes in the Civil Rights struggle and recounts the meticulous planning and preparation that took place during three intense days between the fateful evening when Parks was arrested for “breaking the law” to the launch of this significant protest.

Set during the tumultuous Civil Rights era, Behind the Movement offers a closer look at how on the fateful day of  December 1, 1955, Rosa Parks’ refusal to give up her seat on a bus to a white passenger spiraled into the historic Montgomery Bus Boycott.

Important fact: The film features the actual bus that Rosa Parks’ sat in refusing to give up her bus seat.

In a media teleconference, Golding shared that prior to working on the project, she only knew the image of Rosa Parks, and did not know of her past as a seasoned activist nor the strategy behind the NAACP’s decision to have Mrs. Parks as the face of the movement.

“I got to know those behind the movement not as just icons, but as people who had their own challenges and fears.”

Edgar (E.D.) Nixon, played by Isaiah Thomas was president of the NAACP during that time period. Nixon, along with JoAnn Robinson, a prominent NAACP member and president of the Women’s Political Council, is portrayed in the film by Loretta Devine, are among the hidden figures that many of us have never heard of. The film shows how  Robinson, along with E.D. Nixon, and a brigade of women is what actually launched the boycott.

Devine shared during the call that it was Robinson, along with over 300 women and the help of Dr. King and his church members, that were placed in all different types of jobs throughout Alabama, who managed to organize the printing, distribution and handing out of over 35,000 flyers. The coming together of these people she says, was incredible.

Also on the call, Director Aric Avelino shares his first hand knowledge and the importance in retelling the story of the civil rights movement.

“My grandmother marched with Dr. King. My other my grandmother was at Emmett Till’s funeral, and my father was the first to integrate his school in Washington, D.C. These stories were stories that I grew up with.  So, I was really excited to learn more. I can’t imagine what it took to organize and undertake such a huge ordeal. And, upon learning about all of the people who contributed to that, not only Rosa Parks and her husband Raymond, but I learned about E.D. Nixon and JoAnn Robinson, who with a brigade of women is what really galvanized one of the most successful boycotts in history. These are the unsung heroes that history books didn’t make time for who are astonishing to me.   These people mobilized in a way that today would be challenging. To be apart of the telling of an important story, that not just some of us care about as just African American history but, American history.”

Written by Katrina M. O’Gilvie and directed by Aric Avelino, Behind the Movement celebrates the contributions of the “unsung heroes” that history books didn’t make time for in the Civil Rights struggle.