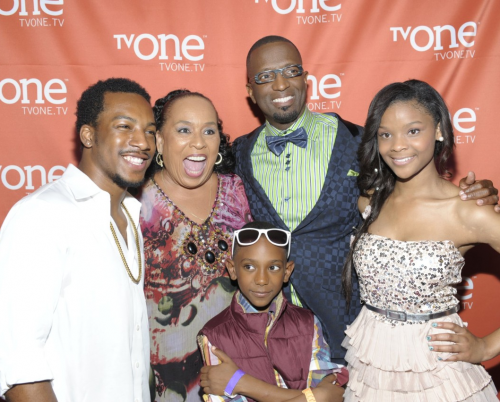 “We couldn’t be more pleased with the positive reaction to The Rickey Smiley Show,” remarked Alfred Liggins, President and CEO, TV One. “The show’s humor and comedic performances have made it a weekly must watch and we’re thrilled to offer it as part of a dynamic slate of original programming that is clearly resonating with audiences.”

“I can’t even tell you how excited I am about the show’s upcoming second season. It’s going to be like nothing seen before,” commented Rickey Smiley.  “We have so many wild plans for guests, characters, and new, crazy stories. Trust me, you have to see it. We are taking things to another level of funny.  Everything will be MORE!”

The September 2012 premiere of The Rickey Smiley Show, which catapulted TV One to a network ratings high, garnered a 1.08 HH rating, delivering 621,000 homes and among P25-54, earned a .75 rating, delivering 468,000 viewers. The second original episode airing at 9:30pm improved on the premiere, garnering a 1.12 HH rating, delivering 642,000 homes and among 25-54, earned a .83 rating with a delivery of 515,000 viewers. Over the four telecasts of the premieres and encores, The Rickey Smiley Show had a P2+ gross average audience of nearly 2.3 million viewers.

The series also features several celebrity guest stars and special appearances from many of the original characters Smiley has made famous on his radio show over the years, including Mrs. Bernice Jenkins, Lil’ Daryl, Minister Joe Willie and Beauford. The Rickey Smiley Show is produced for TV One by BobbCat Films. Executive producers include veteran television and film producer Roger Bobb (Tyler Perry’s “House of Payne” & “Meet the Browns”), series star Rickey Smiley, Yolanda Starks-White, and Ward White. Executive in charge of production for TV One is Tia Smith.