Wonya Lucas, TV One President and CEO commented, “TV One’s investment in original programming continues to propel the network forward as we reflect the breadth and depth of true Black life.  We are excited to herald the returning popularity of the Black family sitcom as illustrated through The Rickey Smiley Show’s success.”

The series is produced for TV One by Bobbcat Films. Executive producers are Roger Bobb, Rickey Smiley, Yolanda Starks-White and Ward White. Executive in charge of production for TV One is Tia Smith. 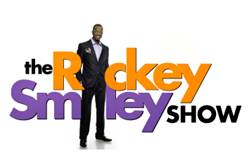