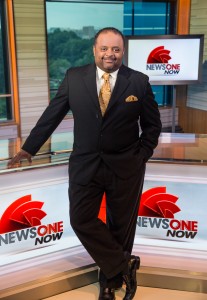 WASHINGTON, D.C. – TV One’s News One Now – the first morning news program in history to focus on news and analysis of politics, entertainment, sports, and culture from an explicitly African American perspective – will broadcast its first-ever town hall meeting, “State of Emergency: Baltimore and Beyond A News One Now Town Hall Meeting,” exploring Black America and law enforcement on Tuesday, May 5, 9-11 p.m. ET, with an encore from 11 p.m. – 1 a.m. ET.

Moderated by News One Now’s host and managing editor Roland S. Martin, this special presentation will also include a panel of notable newsmakers, politicians, law enforcement officers and civil rights activists who will discuss the broader societal impact in the wake of a string of officer-involved deaths in Baltimore, Cleveland, Ferguson, New York and South Carolina.

Throughout the town hall meeting, Martin will engage both the panel and citizens alike to address a variety of topics, including but not limited to: