Re-airing of 44th annual Awards Program scheduled for Saturday, Feb 9 at 8 PM/ET on TV One 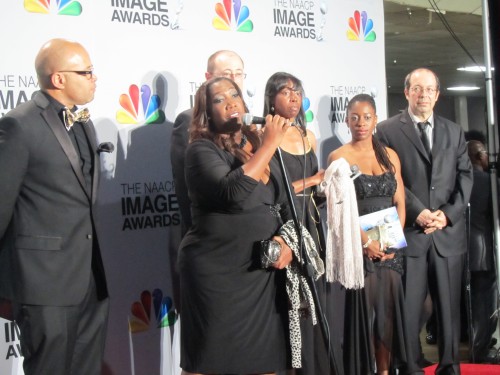 “I am proud to see that the hard work of everyone involved with Unsung, TV One’s longest running and popular original series be recognized with such a prestigious and significant honor,” remarked Chairman and CEO TV One Alfred Liggins.  “This acknowledgement further affirms that our efforts to provide quality content to the Black Audience are on the right track.”

The 44th NAACP IMAGE AWARDS celebrates the accomplishments of people of color in the fields of television, music, literature and film. The awards also honor individuals or groups who promote social justice through creative endeavors.

Launched in January 2004, TV One (www.tvone.tv)  serves more than 57 million households, offering a broad range of real-life and entertainment-focused original programming, classic series, movies, and music designed to entertain, inform and inspire a diverse audience of adult African American viewers.  In December 2008, the company launched TV One High Def, which now serves 14 million households. TV One is owned by Radio One [NASDAQ: ROIA and ROIAK; www.radio-one.com], the largest radio company that primarily targets African American and urban listeners; and Comcast Corporation [NASDAQ: CMCSA, CMCSK); www.comcast.com], one of the nation’s leading providers of entertainment, information and communications products and services.