The sudden crop of black women on television is refreshing, but as writer Ramou Starr points out, all representations of women of color on television aren’t positive.

Actress Gabrielle Union stars in BET’s latest scripted series, “Being Mary Jane.”  News Anchor Mary Jane Paul seems to have it all, a successful career, a beautiful home however, “She’s flawed. She’s chasing perfection, and she’s falling dramatically short and dealing with the consequences of not having it all in every aspect of her life.”

The pilot for the series aired on July 2.  The series is scheduled to debut in January 2014. 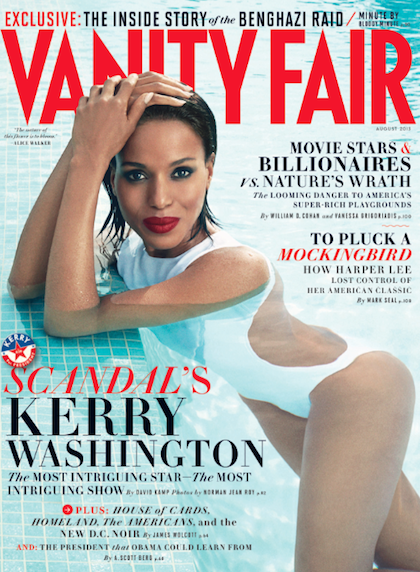 “Scandal” star Kerry Washington, borrowing  from the lyrics of Alicia Keyes song, “This Girl is on Fire,”  has graced the cover several magazines lately, Elle and now, Vanity Fair.

Inside Vanity Fair, she explains to writer David Kamp about her surprise hit show, in which she plays Washington, D.C. fixer Olivia Pope. To Kerry’s surprise, Olivia has become a model for women, white and black, American and not.

“One of the most profound things for me about the show is the number of white women of all ages who come up to me and say, ‘I want to be Olivia Pope,’ ” she marvels.

“It’s especially profound in a place like South Africa” where it’s called The Fixer. “The fact that white women can see this woman of color as an aspirational character is revolutionary, I think, in the medium of television. I don’t think white women would feel that way about Olivia if her identity as a woman, period, wasn’t first in their mind.”