We’re SO Here for “PITCH” 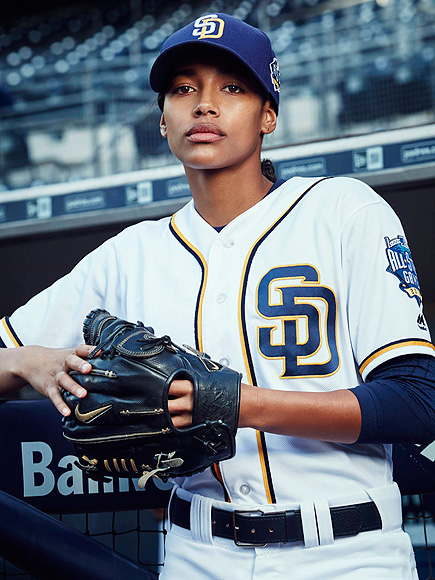 When we first heard about FOX television’s plans to air a show about the first woman to be recruited to Major League Baseball, The Chocolate Voice’s reaction was, we’re so here for this!  And we’re so here for actress Alex Bunbury, who signed on to FOX’s Pitch to play the fictional history-making female baseball pitcher.

Although, the Disney Alum had never even stepped inside a baseball diamond, Bunbury needed a little practice to up her pitching game considering, she’s somewhat of a sports legacy. She’s the daughter of Alex Bunbury, a Guyanese soccer player, and sister of Teal Bunbury, a current player on the New England Revolution.

In an interview with PEOPLE she says, “I grew up in an athletic family. My dad played and my brother currently plays professional soccer, so I’m athletic. So it was a little bit easier for me to tap into it.”

In Pitch, Fox’s upcoming new fictional baseball drama, the 27-year-old plays Ginny Baker—a young female pitcher who becomes the inaugural woman drafted into the league—recently told PEOPLE that she had no prior experience in America’s favorite pastime.

“I had never played baseball before, so I was training about three or four days a week,” she said. “But I grew up in an athletic family. My dad played and my brother currently plays professional soccer, so I’m athletic and it was a little bit easier for me to tap into it.”

Bunbury’s training for her onscreen role as a member of the real-life San Diego Padres included time with a coach learning the sport and the mechanics of pitching, as well as game viewings. The process, she says, was immersive.

We’re so here for the series Pitch for showcasing female empowerment!