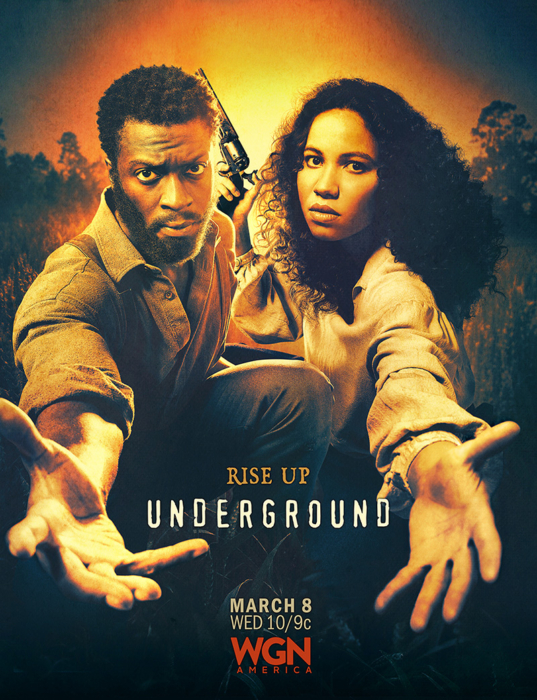 WGN America released key art for its critically acclaimed hit series “Underground” ahead of the thrilling second season premiere, returning Wednesday March 8, 2017 at 10:00 p.m. ET/PT.  The release of the images coincides with the series’ participation at aTVfest where “Underground” is being honored today with the festival’s annual prestigious CAST AWARD for outstanding contributions to the art of television, adding to the series’ growing list of accomplishments including the most recent NAACP Image Awards nominations. 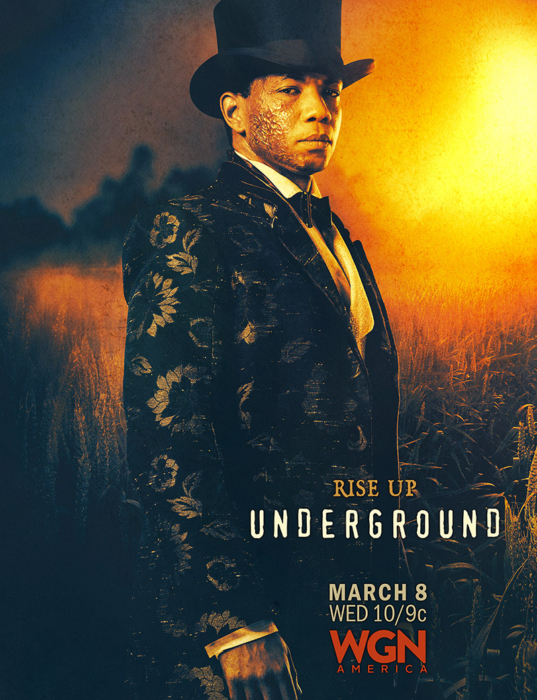 Season two of the 10-episode, hour-long series follows an unremitting struggle for freedom within a divided America on the brink of civil war, each side vying to enact their own justice.   Set in the aftermath of the Macon 7’s daring attempt to stage the greatest escape in history, this group of American heroes continues on their harrowing journey to freedom, with legendary abolitionist Harriet Tubman blazing the trail. 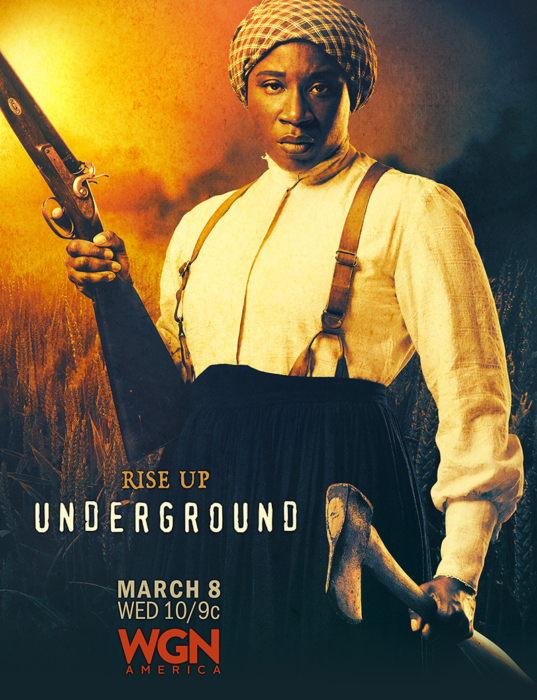 original program ever in its freshman season.  The series was recently honored with a number of recognitions including four NAACP Image Awards nominations for Outstanding Drama Series, Outstanding Actress in a Drama Series (Jurnee Smollett-Bell), Outstanding Supporting Actress in a Drama Series (Amirah Vann) and Outstanding Directing in a Dramatic Series (Anthony Hemingway).   Additionally, the African American Film Critics Association named “Underground” as Best TV Show (Cable/New Media) and the second highest show overall for 2016, and is also honoring Director Anthony Hemmingway with their 2017 Horizon Award.  The series was nominated for a TCA Award for Outstanding New Program by the Television Critics Association and is a finalist for the Cynopsis TV Awards in the categories of Best New TV Drama, Best TV Drama, Best Series Writing, and Best Showrunner. 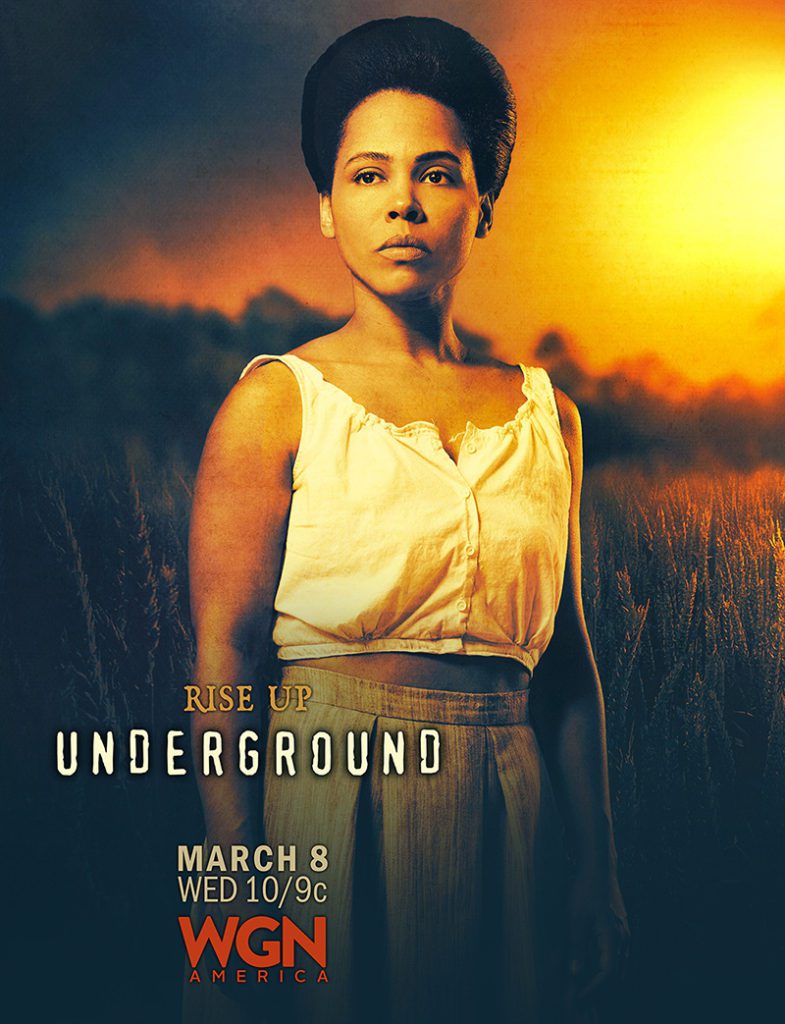