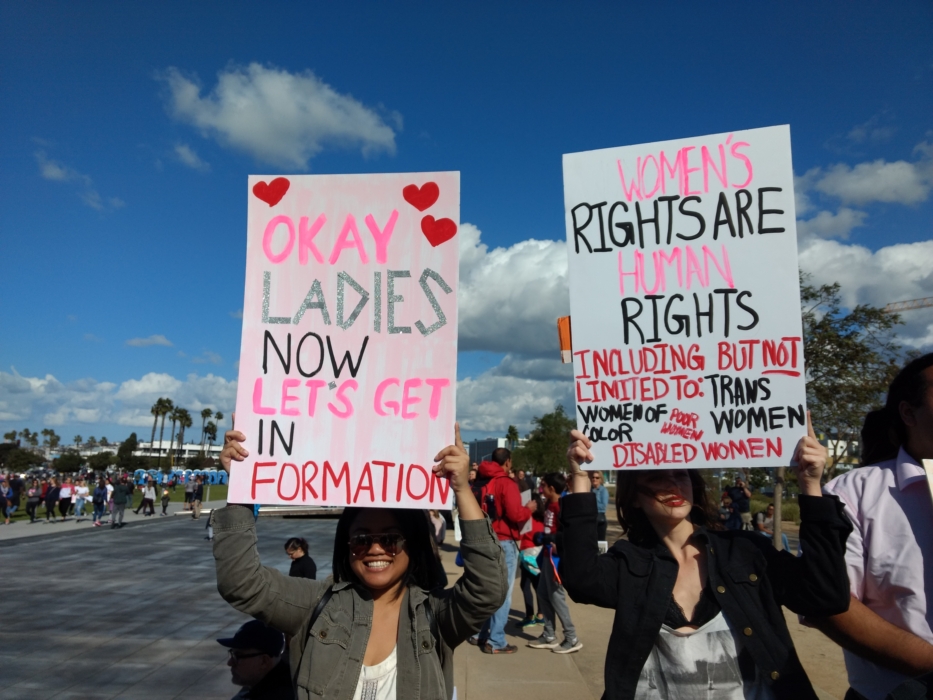 For some strange reason, I struggled to get out of bed and go to the Women’s March on Saturday,
for various reasons. I don’t know, I just felt some kind of way about going.

Truth be told, I know exactly why I was hesitant. For the past year with our current president in office, I was stunned at the amount of White women that voted Trump into office.  Although, I’ve lived in a progressive state for years, the county in which I live, the lack of diversity sticks out like a sore thumb.  Especially, when it comes to Black folks. We’re here (San Diego), we’re just spread out all over the county.

With that in mind, I couldn’t help but question what are the true intentions of many of these women, many of whom are White?  Not all, but a good majority.

Then, I thought about ALL women, and specifically me as a Black women, and women such as the women in the historically red state of Alabama, who headed to the polls and made sure their votes mattered.

So, I decided to get up and go to the Women’s March San Diego.

While there, I ran into a woman by the name of Genevieve I. Jones-Wright, who’s running for District Attorney, and who could possibly make history as San Diego’s first Black female District Attorney. Jones-Wright was out doing her part by encouraging people to vote. Needless to say, I’m glad I went.

I can honestly say that it was refreshing to see educators wearing powerful tee shirts that say, “Teachers Believe Black Lives Matter,” and fathers bringing there daughters.

I say all of this to say, that I don’t know any those women ( at least I hope not) many wearing pink p…y hats who have galvanized over a series of unsettling events–#MeToo to the close election in the Red State of Alabama, who may or may not have voted in our best interest.  But what I do know is that, we can’t worry about what they did or didn’t do. And, what I also know is that the overall message of the Women’s March is to get out and be heard.

Here more images from the Women’s March in San Diego. 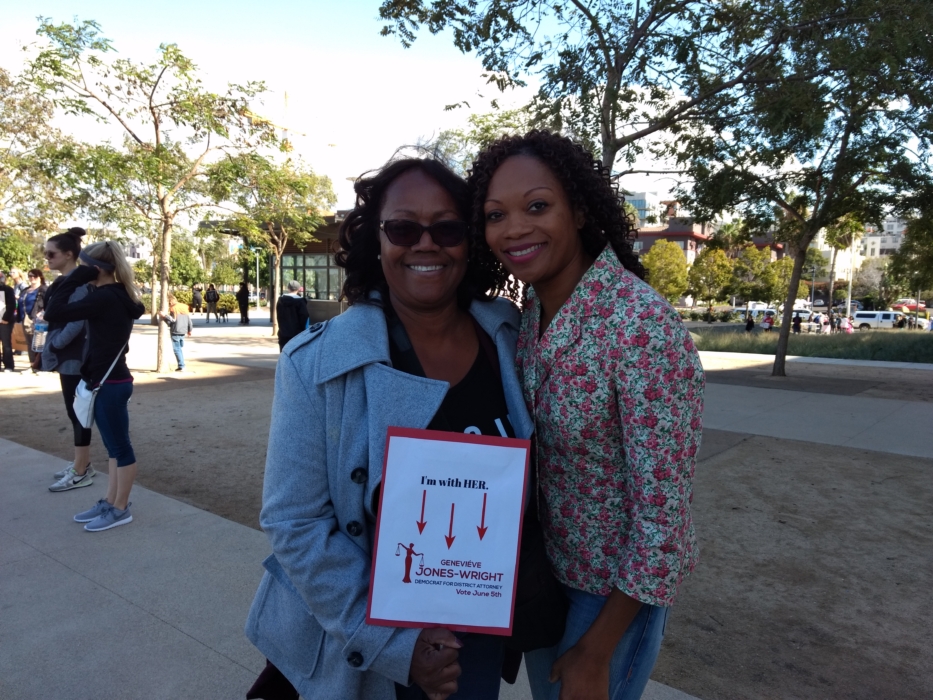 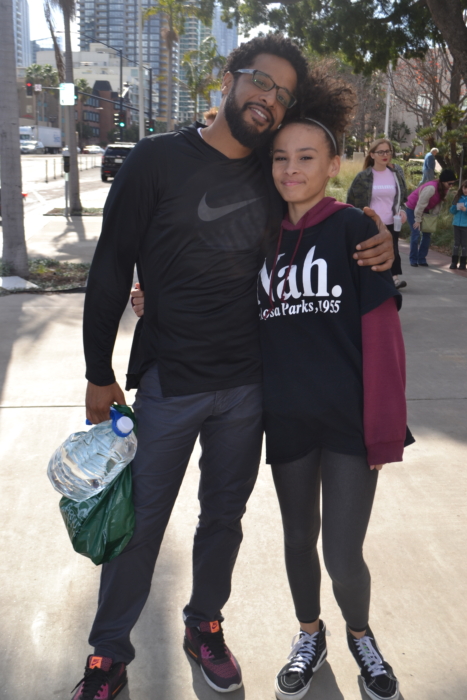 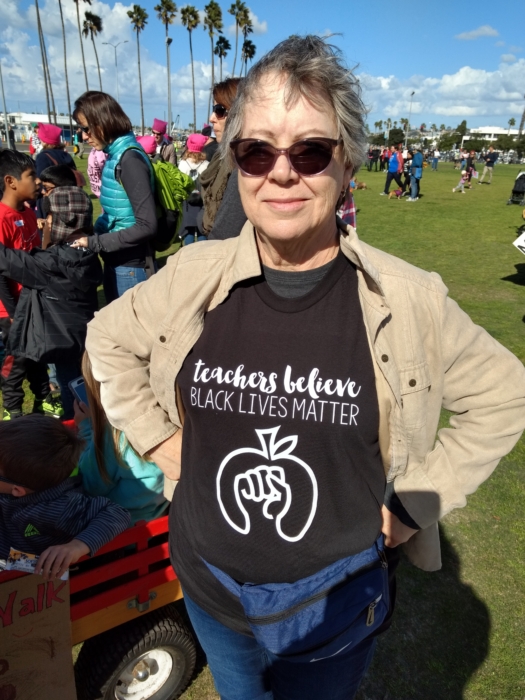 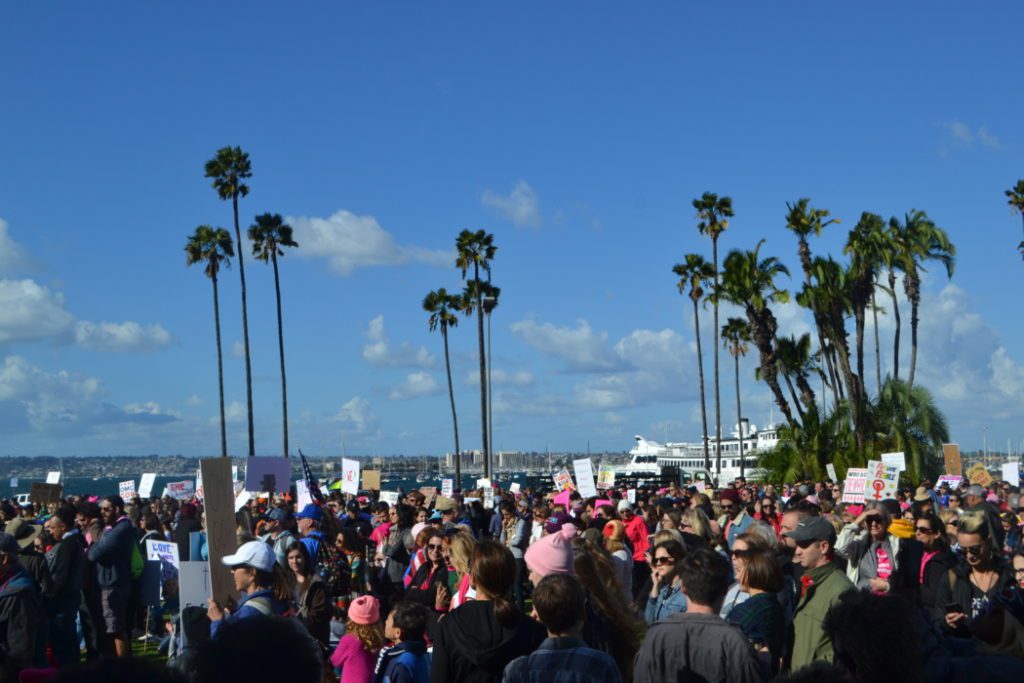 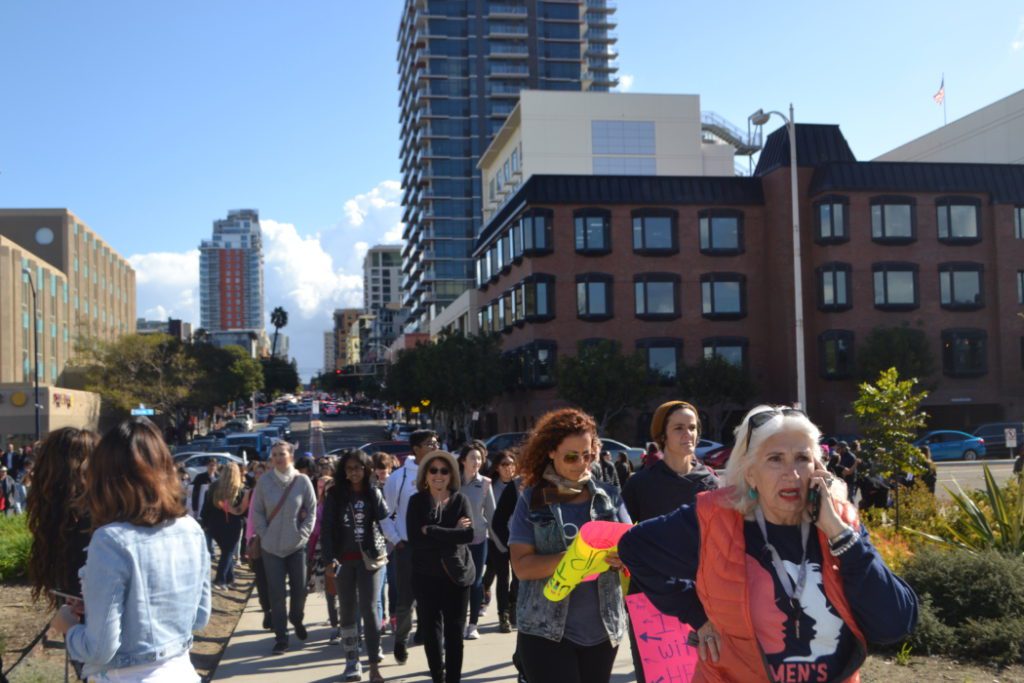 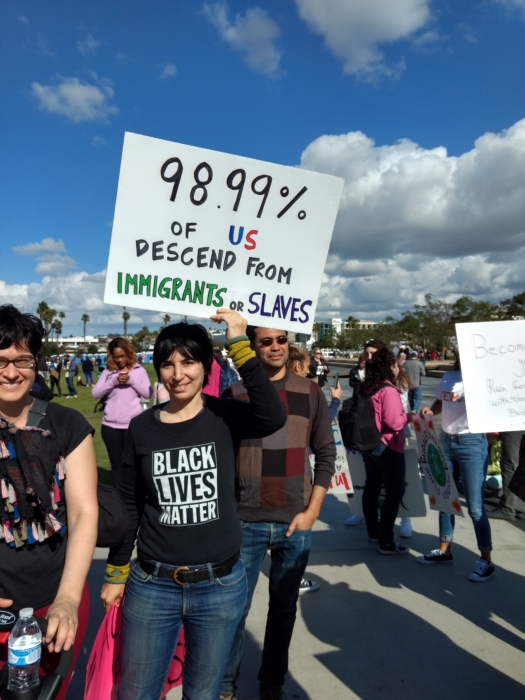 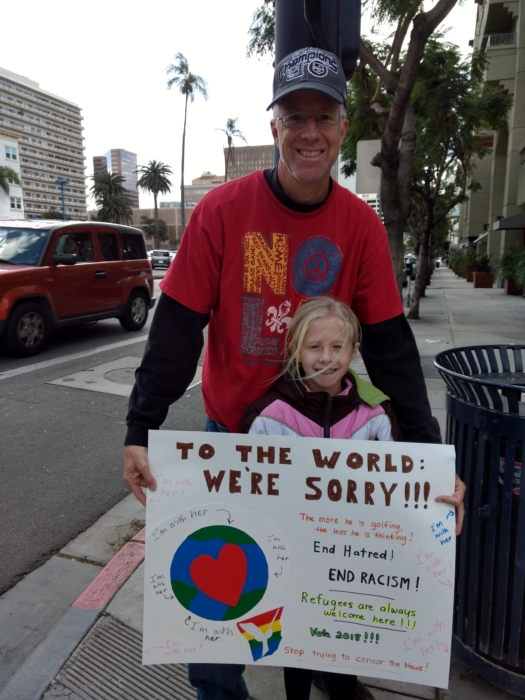