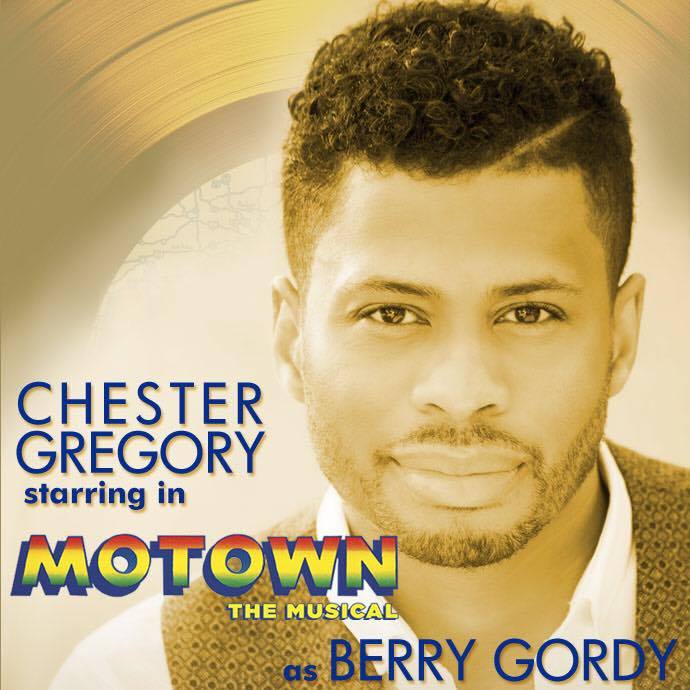 NEW YORK, July 7, 2016:  Distinguished actor, Chester Gregory, will return to Broadway this summer as he leads the 2016 return of the highly popular stage play: Motown the Musical as Berry Gordy. Performances begin on Tuesday, July 12 at the Nederlander Theatre at 208 West 41st Street, New York, NY.

Chester Gregory most recently starred in the Goodman Theatre’s revival of August Wilson’s Two Trains Running. His Broadway credits include Hairspray, Tarzan, Cry-Baby and Sister Act. He has toured nationally with Dreamgirls and Sister Act, and has starred in the one-man show, The Eve of Jackie Wilson, which he produced.

Gregory’s interminable talent, including an eight-octave vocal range, allowed him to earn the lead role in the The Jackie Wilson Story for Chicago’s Black Ensemble Theatre, for which he received critical acclaim. A showing of the same production at one of New York’s most celebrated stages, The Apollo Theater, earned Gregory high praise from the New York Times.

In 2013, Gregory’s The Eve of Jackie premiered in New York City and eventually went on to Chicago’s Black Ensemble Theater for a sold out premiere. That summer, his production was selected to headline The National Black Theatre Festival. Immediately after, Gregory returned to his originating role as “Officer Eddie Souther” in the 2013-2014 national tour of Sister Act. In March 2015, Gregory was cast in the revival of August Wilson’s Two Trains Running in the role of “Sterling” at the Goodman Theatre.

Before he got his Broadway start, Chester Gregory, a native of Gary, Indiana, taught acting classes and directed several productions at East Chicago Central High School and Indiana University Northwest.

Gregory is the recipient of numerous awards, including the Joseph Jefferson Award; a NAACP Theatre Award and the Black Theater Alliance Award Winner for Best Actor in a Musical. He was presented with the key to the city of his hometown of Gary, Indiana and in East Chicago and has been chosen as an Honorary State Representative of Indiana. He also received an Honorary Doctorate from his alma mater Columbia College in Chicago.

Chester Gregory shows no signs of slowing down. He recently launched a creative company, Lucid Life™, and is currently producing several theater projects of his own and working on an upcoming album to be released in 2017.