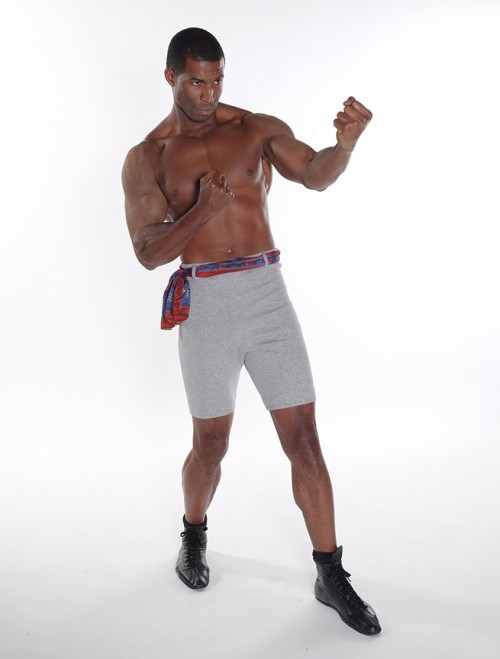 Perhaps best recognized for his work on VH1‘s scripted television series, Hit The Floor, actor Robert Christopher Riley is preparing to hit the stage this month, at The Old Globe Theatre, in the Marco Ramirez (Orange is the new Black) play, ‘The Royale.’ The production is loosely based on real events, surrounding the life, sights and sounds of the early 20th century, that explores racial barriers in the boxing circuit.

Loosely inspired by the life of Jack Johnson, the first African American heavyweight champion, Riley plays Jay “The Sport” Jackson, who dreams of being the undisputed heavyweight champion of the world, in 1905, and in the segregated world of boxing. His chances are as good as knocked out, when a crooked boxing promoter hatches a plan for “the fight of the century.”

The Chocolate Voice caught up by phone with the talented star right before he headed off to rehearsal. During our chat, the Brooklyn native took us on an artistic journey– sharing why from particularly an African American point of view, The Royale is a must see!

Checkout our conversation below with the very relatable Robert Christopher Riley.

RCR:  Yes! Born and raised, Flatbush to be exact.

TCV: How did growing up in Brooklyn, effect who you are as a person or as an actor?

RCR:  I’d have to say that growing up from the school of hard knocks prepared me for the shadier part of life.  I grew up in the eighties during the crack epidemic.  My mother and grandmother were very aware of what was going on in the neighborhood, and made sure that my brother and I didn’t get caught up in it.  We both earned degrees and turned out as successful professionals.

TCV: You’ve studied theatre and acting at both Lehigh and Ohio University, what advice would you give up and coming actors about the benefits of attaining a higher education?

RCR: Well, as it stands now, I have a masters in acting, I can teach at any university in the country. If you love theatre and acting and want to be apart of the artistic community in someway shape or form, it makes sense.  It was also an incredible opportunity for me, to become a better actor, so that before the professional world ever saw me, I was very well groomed and classically trained in a number of other things, which is kind of why I hit the ground running out of the gate. Eighteen months after receiving my masters degree, I was on Broadway.

TCV:  Was there a particular incident that,”sealed the deal” for your desire to pursue acting for a living?

RCR: No, me deciding happened while in undergrad during the fall of 2002. Myself, my professor and mentor, Kashi Johnson wrote a play together called Untold Truths: Why We All Sit Together, about the minority experience. With that play, we sold out our entire run.  We highlighted things that were important in our society and, in our community.  I was awarded a plaque at the end of the run that still hangs on my wall today.  That plaque spoke about the artist’s role in society which is to pose questions not answers. To spark dialogue where communication is blocked.  I didn’t know that I was capable of those things. And that, was the power of Theatre. That’s when I decided that I would be doing this for the rest of my life if I could.

TCV: How did you come into the role as Jay “The Sport” Jackson in ‘The Royale?’

RCR: Well, I can’t say that it just fell into my lap. The role came down the pipe through agents and managers as most scripts do. I read the description of the character and said, ‘this sounds a lot like Jack Johnson.’  Then I read the script and said, ‘this is Jack Johnson!’  I walked into the audition and asked the director, so this is pretty much Jack Johnson? She said, “Yes” and I said, ‘Okay.’  I was very familiar with Jack Johnson (first African American world heavyweight boxing champion (1908-1915), prior to getting the role. I am honored to bring a version of this man’s legacy to the people.  I don’t take it likely that this is the legacy that I’m portraying, although it is under a different name.  In my opinion he is one of the most important figures in American history, African American history and sports history. Especially in terms of the color line.  Lucky for me, this is what I get to do for a living.

TCV: What do you like about the character Jay?

RCR: He’s in many ways fearless. As fearless as one can be. Everyone’s afraid of something.  He marches to the beat of his own drum with no equivocation. He is not willing to accept a system that is unfair regardless of how ingrained into society it is.  That is one of the most important attributes of anyone that is going to affect change. You can see it anyone that has ever changed anything. It is an unwillingness to accept status quo. Jack literally fought the fight.

TCV: Why would you say that it’s important for audiences to go out to the theatre and experience ‘The Royale?’

RCR: ‘The Royale’ is an amazing production and I can say that without bias. It is a gripping entertaining story, that will leave the audience feeling satisfied. Specifically from the African American point of view, this man’s legacy need not be lost.  There would be no Muhammad Ali, if it wasn’t for Jack Johnson.  There would be no other flamboyant sports figures that we know of, if it weren’t for this man. If there was a stone that everyone’s cut from, it’s his stone.  If you want to trace where it all started, this is the story for you to see.  This man blazed the trail for so many of us, including myself.  His story is one that needs to be told and can be learned from.  And, unfortunately the climate racially in our country still echoes so many of the things that went on in the early 1900’s, for that reason alone you should come see The Royale.

‘The Royale’ runs October 4-November 2, at The Old Globe in San Diego. For showtimes and tickets visit theoldglobe.org.

Robert Christopher Riley can also be seen in the upcoming Lifetime movie, Seasons of Love, airing on November 23 and Hit The Floor returns in the spring of 2015. 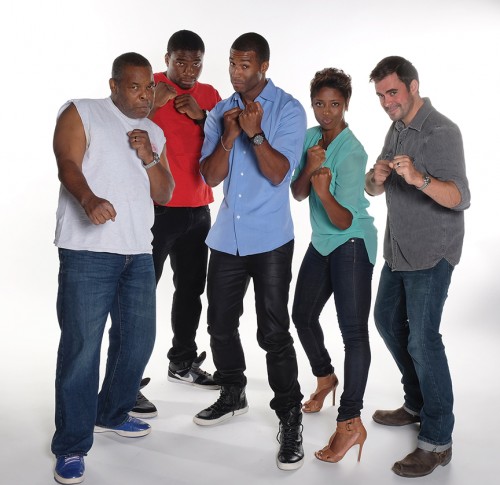