“We cannot heal the deep wounds inflicted during the era of racial terrorism until we tell the truth about it.”

In a groundbreaking digital experience Equal Justice Initiative with support from Google, aims to spark an honest conversation about America’s history of racial injustice in an innovative new project that brings their groundbreaking research on lynching in America online. The Lynching in America site content brings together EJI’s in-depth research and data with the stories of lynching victims, as told by their descendants. Through six audio stories, and a short documentary, Uprooted, you both hear and feel the impact of this dark time in history on generations of families. You can also explore an interactive map that includes incidents of racial terror lynchings, as well as in-depth profiles of the stories behind these acts of violence.

The website is available to view now on EJI’s domain, Lynching in America.  Links to the specific sections within the digital experience will include: 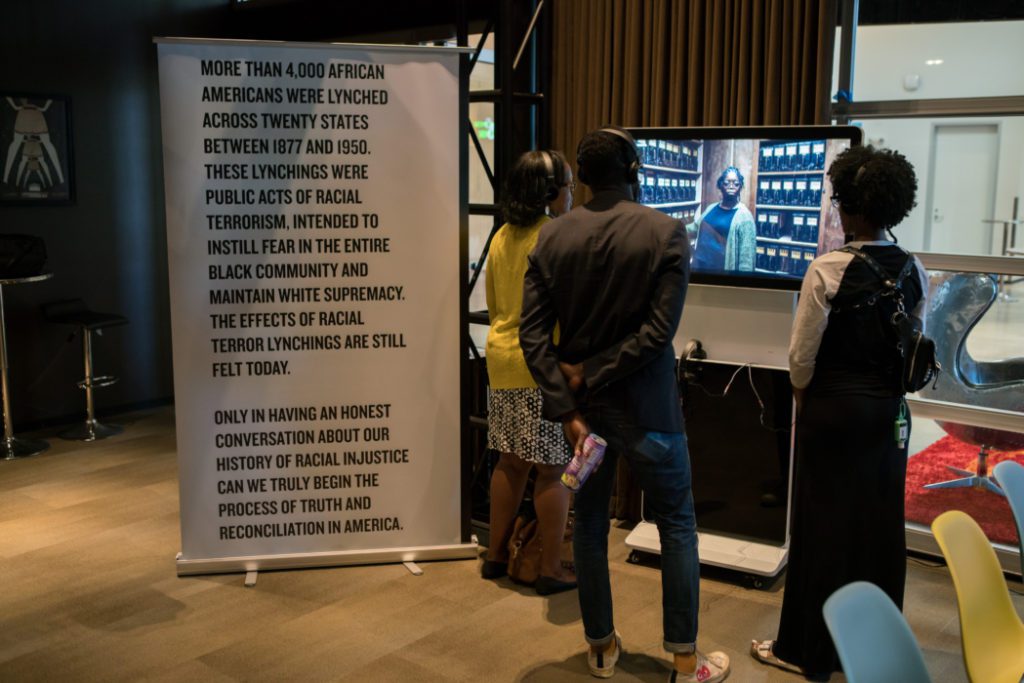 Members from roundtable in Los Angeles get first hand on experience on EJI’s interactive website “Lynching in America.”  Credit: Jerome Shaw for Google.

The idea came about in 2015, when Equal Justice Initiative received a $1 million grant from Google.org to help fund the From Enslavement to Mass Incarceration Museum, as well as its Memorial to Peace and Justice. After the grant was made, EJI and Google.org looked for further ways to collaborate. EJI’s recently published report, Lynching in America: Confronting the Legacy of Racial Terror (in the form of an 80-page publication), seemed like an opportunity to leverage Google’s expertise.

“Google’s mission statement is universal access to information and knowledge for everyone.  What’s important about EJI’s Lynching in America project is that they are giving everyone access to untold stories of our racial history and helping people develop a deeper understanding of how we have gotten to where we are in this country.” Says, Justin Steele, Principal, Google.org.

Inspired by EJI’s original publication of the same name, Lynching in America: Confronting the Legacy of Racial Terror , Google has created an interactive experience revealing both the scope of lynchings of  thousands of African Americans between 1877 and 1950 and the profound way in which this era continues to shape our nation, particularly in our criminal justice system. Racial disparities continue to burden people of color; the criminal justice system is infected with racial bias; and a presumption of dangerousness and guilt has led to mass incarceration, excessive punishment, and police violence against young people of color. If current trends continue, one of every three black boys born in America today will be imprisoned.

Equal Justice Initiative is a nonprofit challenging racial injustice both in and out of the courtroom.  The organization’s founder, Bryan Stevenson, believes that we cannot truly move forward as a nation until we until we confront this dark chapter from our past. EJI believes that we need to address America’s history of racial injustice before we can advance the collective goal of equal justice for all.  In support of that mission, they extensively researched the period between the Civil War and World War II, documenting over 4,300 African Americans who were lynched in America.  In addition to helping bring this essential history online, Google.org is also donating another $1 million to Equal Justice Initiative to support their national memorial to lynching victims in Montgomery, Alabama. Opening in 2018, the memorial makes this history an undeniable part of the physical landscape, ushering the past into the present day.

“Google has been able to take what we know about lynching, and what we have heard from the families, and what we have seen in the spaces and the communities where these acts of terror took place, and make that knowledge accessible to a lot more people. To create a platform for hearing and understanding and seeing this world that we’ve lived through.” 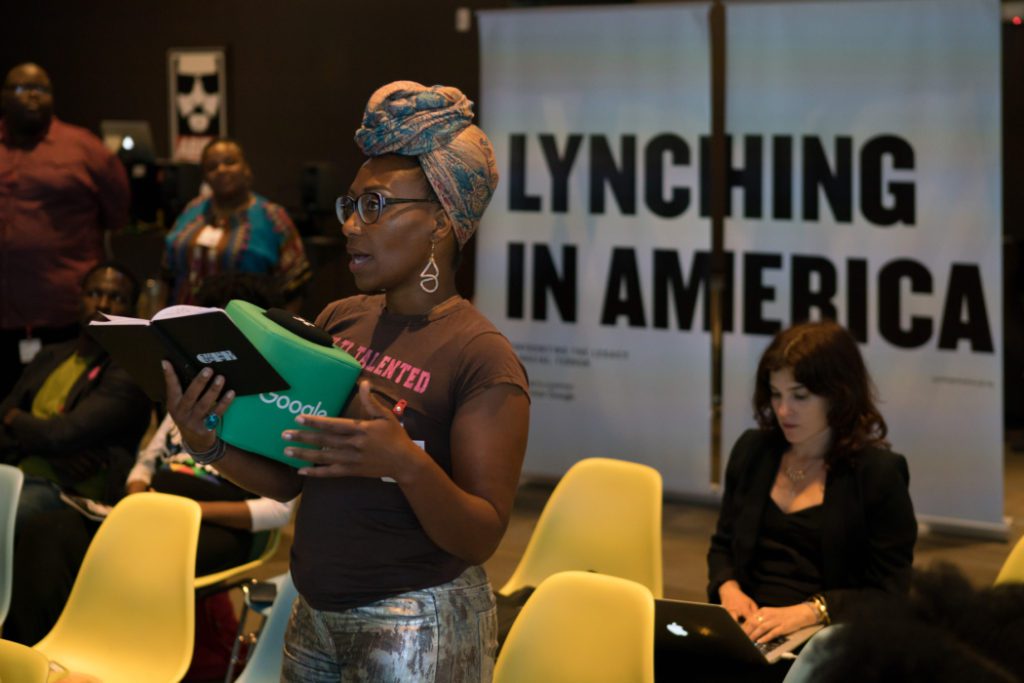 In Los Angeles press member keeps the conversation going on the history of “Lynching in America.” Credit: Jerome Shaw

“I don’t think we can create a generation of people in this country who are truly free, who are unburdened by this legacy and this history of racial terror, until we do the hard work of truth-telling.” In bringing EJI’s work to a wider audience, we hope to give all of us an opportunity to address our past and be part of the work of building a more just and equitable future.”

This project is a reflection of Google’s longstanding commitment to equality and our investments in innovators making a difference in racial and criminal justice. This announcement comes on the heels of $11.5 million in Google.org racial justice grants announced in February of this year, and a total of over $17 million to date.