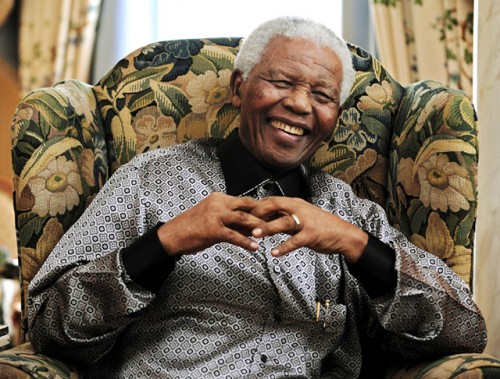 On Thursday, December 5, 2013 the world lost South Africa’s first Black president, one of the most influential political activist, and global icons of our time, Nelson Mandela. Over the past few months, news sources have reported on the deteriorating health of the legendary humanitarian, yet hearing of his death at the age of 95 — caught the world by surprise and — has fueled an outpouring of beautiful tributes, about the man, who was quoted as saying: “I was not a messiah, but an ordinary man who had become a leader because of extraordinary circumstances.”

With that in mind, here are a few extraordinary words to describe Nelson Mandela, from individuals who honor the  legacy of  humanity’s greatest champion for civil and human rights:

I am deeply saddened to have lost such an enduring symbol of freedom and liberty; Nelson Mandela was an elder statesman who embodied the very essence of a servant-leader. History cannot contain the lasting impact of such an extraordinary life. Rather, his exceptionalism will live in the hearts and minds of those of us who were fortunate enough to have witnessed his greatness.  There are few words capable of encapsulating the measure of such a masterful life, except to impart this departing dispatch: “Well done Madiba, well done!”

No one epitomized this commitment more for our generation, Mr. Mandela, than you did. Among competing anti-war and anti-racist slogans and images, the “Free Mandela” poster was certainly the most ubiquitous. We could all agree, if we could agree on little else, that apartheid, and your imprisonment on Robben Island, were the epitome of evil and injustice. And we believed we were fighting for your release just as surely as we were fighting against the war in Vietnam and against racial segregation at home in America. A “Free Mandela” poster graced the walls of my room during my college years, and when our first daughter was born, I was proud to hang that “Free Mandela” poster on the walls of her nursery. On the morning that you were released, Mr. Mandela, my wife and I woke our daughters early, just to watch you walk out of prison. When you finally emerged, we were so excited and teary-eyed at your nobility, your princeliness, your straight back, your unbowed head! I felt that there walked the Negro, as my father might have said; there walked the whole of the African people, as regal as any king.”

The above statement is an excerpt from Henry Louis Gates,  who addressed President Nelson Mandela on the conferring of a special honorary degree by Harvard University on Sept. 18, 1998

“The world has lost a tremendous life force with the passing of Nelson Mandela, but has gained a legacy of commitment and struggle for justice and freedom. We mourn his departure, but celebrate his life as direct beneficiaries of his commitment and sacrifice. Nelson Mandela left the world in far better condition than it had been on the day of his birth, and we shall remain eternally grateful.  The high point of my career and life was the evening I had dinner with him through the facilitation of Rev. Jesse Jackson.  It was a fund raiser at Rev. Jackson’s home, and he graciously seated me next to Babba Mandela, with my son seated directly behind us.  To spend several hours in his presence, in the presence of God filled good, in the presence of compassion and forgiveness, radiating from Nelson Mandela, was a life changing event for all who were blessed to experience it.  His life was biblical, and his example was the foundation of his longevity.  Truly, with Nelson Mandela, God was well pleased and now, he will rest in peace for a life well lived.” 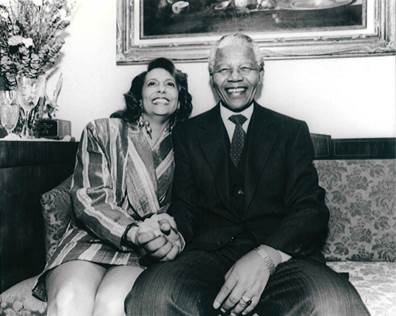 South Africa is preparing for 10 days of mourning services for Nelson Mandela. It’s expected to be the largest funeral that the world has seen, a South African official said.  President Obama, former Presidents, Bush, Clinton and Jimmy Carter are  all expected to attend. Also world figures such as Pope Francis, the Dalai Lama, are expected to attend parts of the memorial, as are celebrities such as Bill Gates and Oprah Winfrey, and a number of luminaries are scheduled to attend the memorial, Secretary General Ban Ki-moon and his predecessor Kofi Annan; British Prime Minister David Cameron and French President Francois Hollande. Peter Gabriel and Bono, celebrities who participated in the anti-apartheid movement, are also expected to attend the memorial.