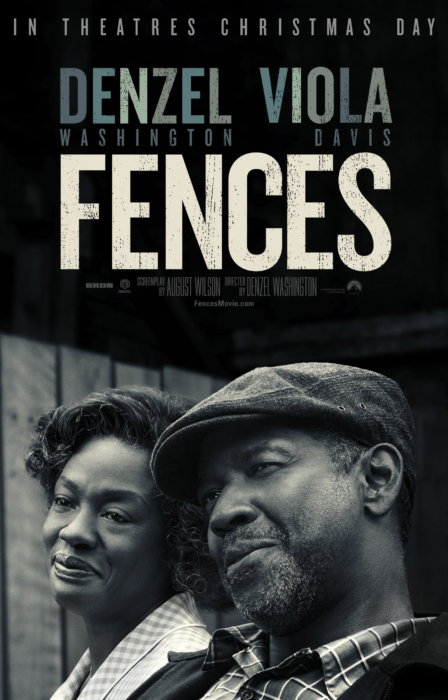 The Oscar nominations were announced this morning and the 89th Academy Awards show is more diverse than ever.  “Fences”, “Hidden Figures”, “Moana”, “Moonlight”, “La La Land”, “Lion”, “Loving” and “13TH” all films that stood out for us, received nods in a variety of categories.

This year’s list of nominees included seven actors of color, three African American writers (including the late August Wilson, who wrote the screenplay for Fences), and a Best Director nomination for Barry Jenkins (Moonlight), who becomes only the fourth black director nominated in the Oscars’ history after John Singleton, Lee Daniels, and Steve McQueen. After the controversy over last year’s nominees, social media stepped in to create the “#OscarsSoWhite” online protests (the hashtag was started in 2015), the Academy took action to increase diversity in its membership an initiative spearheaded by its president, Cheryl Boone Isaacs.

The musical “La La Land’ a love story between two people a jazz musician and an aspiring actress, tops the list for the most nominations with 14. The film ties record for most Oscar nominations ever. The only other films to have ever received as many nominations are 1950’s “All About Eve” and 1997’s “Titanic.” Ryan Gosling and Emma Stone both were nominated for performances by and actor and actress in leading roles.

Denzel Washington’s strong performance in “Fences,” makes him the only male actor of color nominated in the performance by an actor in a leading role.  Here’s Denzels reaction to receiving an Oscar nomination:

“Thank you to the Academy for this wonderful recognition and for honoring August Wilson’s brilliant words. I am just lucky to have been entrusted with this project and to have the chance to work with the amazing Viola Davis and the rest of my talented cast and crew.”

Constanza Romero Wilson, wife of August Wilson had this to say:

“I am overjoyed that August’s work is being recognized, and that millions of people are getting the chance to see FENCES! I feel he would be incredibly proud of the love and care that everyone involved, especially Denzel, invested to make this film possible.”

Ruth Negga, “Loving” is nominated for Performance by an Actress in a leading role.

“Moonlight”, the coming of age story of young Black boy being bullied for his sexuality netted eight nominations 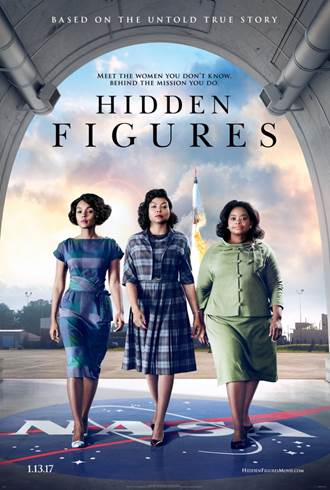 Also nominated along side Ali and Harris in the same categories are,  strong performances by Dev Patel in “Lion” and Octavia Spencer, “Hidden Figures” and Viola Davis, “Fences”.  Here’s Viola’s Reaction:

“Thank you to the Academy for recognizing this extraordinary, important film and my work in it. Thank you Denzel for being at the helm!”

Viola Davis has just made Academy Award history with the announcement of her nomination for Best Supporting Actress in Fences. She’s the first black woman to have ever earned three Oscar nominations.

Ava DuVernay, Spencer Averick, and Howard Barish are all nominated for in the Best Documentary feature.

“Fences”, “Hidden Figures” “Lion” and “Moonlight” are all nominated for adapted screenplay.

“Hidden Figures” which we felt was snubbed at this year’s Golden Globes is nominated for Best  Motion Picture
of the Year along with, “Fences”, “La La Land”, “Lion” and “Moonlight”.

Hamilton writer-actor-composer Lin-Manuel Miranda is now only one step away from claiming the coveted EGOT title thanks to his Academy Award nomination for Moana‘s “How Far I’ll Go.” The elite club of performers features people who have won all four major entertainment awards — an Emmy, a Grammy, an Oscar and a Tony.

We couldn’t be happier for all of the nominees!

Performance by an actor in a leading role

• Casey Affleck in “Manchester by the Sea”

Performance by an actor in a supporting role

• Lucas Hedges in “Manchester by the Sea”

Performance by an actress in a leading role

Performance by an actress in a supporting role

• Michelle Williams in “Manchester by the Sea”

• “Kubo and the Two Strings” Travis Knight and Arianne Sutner

• “My Life as a Zucchini” Claude Barras and Max Karli

• “Fantastic Beasts and Where to Find Them” Colleen Atwood

• “Manchester by the Sea” Kenneth Lonergan

• “I Am Not Your Negro” Raoul Peck, Rémi Grellety and Hébert Peck

• “O.J.: Made in America” Ezra Edelman and Caroline Waterlow

• “Land of Mine” Denmark

Achievement in makeup and hairstyling

• “Can’t Stop The Feeling” from “Trolls”

• “The Empty Chair” from “Jim: The James Foley Story”

•Music and Lyric by J. Ralph and Sting

•Music and Lyric by Lin-Manuel Miranda

Best motion picture of the year

• “Manchester by the Sea” Written by Kenneth Lonergan